The first T20I was played under unfavourable conditions as the air pollution level deteriorated after Diwali. 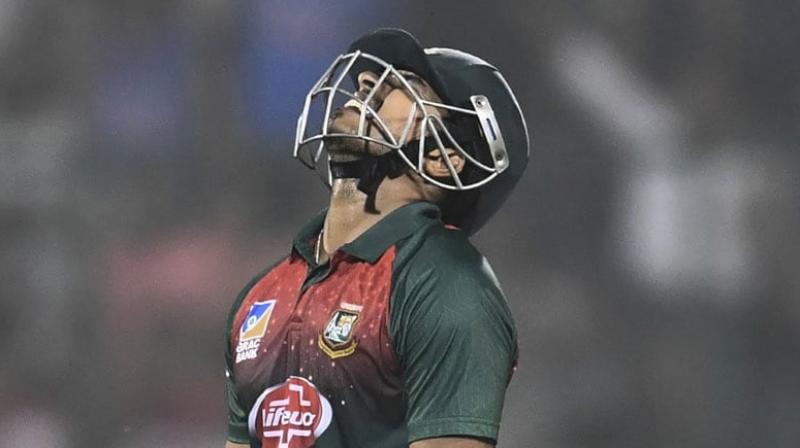 As per a report by espncricinfo.com, Bangladesh’s Soumya Sarkar and one more player vomited on the field during the first T20I, which was held in New Delhi on Sunday. (Photo:AFP)

Mumbai: As per a report by espncricinfo.com, Bangladesh’s Soumya Sarkar and one more player vomited on the field during the first T20I, which was held in New Delhi on Sunday.

The first T20I was played under unfavourable conditions as the air pollution level deteriorated after Diwali, during which lots of crackers were bursted, and that led the air condition in Delhi to further worsen.

However, the opening match of the three-game T20I series were won by the visitors, Bangladesh, who recorded their first win versus the men in blues after eight straight matches. The Bangladeshi Tigers won the game by seven wickets.

Nevertheless, after the match, Bangladesh’s stand-in Captain Mushfiqur Rahim had said, his team found it tough to cope up with the weather ever since they arrived in India.

Rahim also said, they were not bothered about the pollution, but the main focus was on playing against the rival pacers.

"Pollution is not an issue for me. I was more concerned about facing the opposition bowlers than worry about pollution," Mushfiqur stated.

Lastly, Mushfiqur added, "Irrespective of the condition we had to play. Since the moment we arrived in India it was like this and we did cope up with the weather and performed on match day."