Himself an avid golfer after his retirement from cricket in 2007, Lara has met Woods on a few occasions and found him as a friendly person. 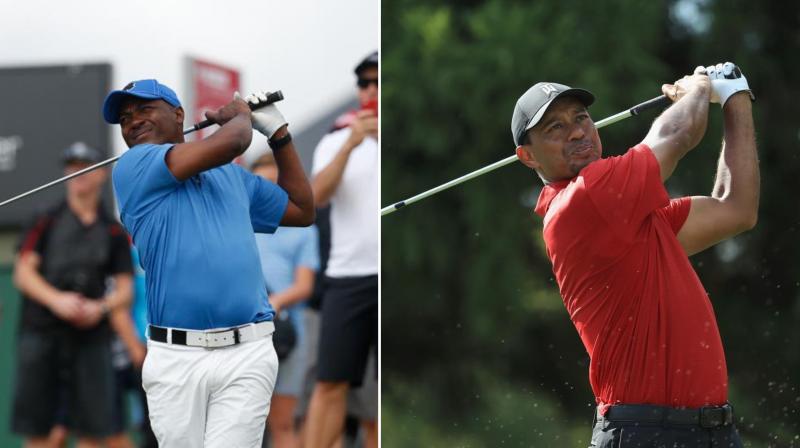 Brian Lara said he took to golf to release from the pressures of playing a team sport (cricket). (Photo: Twitter/AFP)

Mumbai: Legendary West Indian cricketer Brian Lara considers American Tiger Woods as the "best ever golfer" for the sheer willpower he had shown to come out of a personal crisis, besides his achievements on the field.

Himself an avid golfer after his retirement from cricket in 2007, Lara has met Woods on a few occasions and found him as a friendly person.

"He (Woods) is an unbelievable sportsperson. His achievements speak for itself. I met him on a couple of occasions. He is very friendly. I look at him as someone, who has achieved a lot," Lara told reporters here on Friday.

"He went through a pretty tough period, but to come back out of it and still do what he did in recent times, winning a few tournaments, shows that he is definitely the best golfer who has ever lived," he said after inaugurating the second edition of the Habitat for Humanity India chapter golf tournament here.

Woods has won 15 majors and 81 PGA Tours, but his life has not been without its controversies. In 2009, he was hit by an infidelity scandal that eventually led to his divorce with his former wife Elin Nordegren, while he has also been struck by a number of frustrating injury problems.

The 43-year-old Woods is presently in the Bahamas, playing the Hero World Challenge.

Lara said he took to golf to release from the pressures of playing a team sport (cricket).

"There are a couple of reasons. One, when you play a team sport all your life, to get out there and show some individualism in a sport where you play against the nature. It is a great release away from the pressures of a team sport and having to travel around the world, and just do that," said the 50-year-old former West Indies captain.

"I found that it helps me a lot, just to move my attention away from the intensity of cricket."

On how he started playing golf, Lara said, "We had a four day game against (Curtly) Ambrose. I was playing for Trinidad against the Leeward Islands with Winston Benjamin, Kenneth Benjamin and it was a green track. The four day game lasted two days, so I had two days to play golf."

The stylish former left-handed batsman said he cannot pin-point the best experience of his golf career as he has played across the world.

"My golfing experience spans all corners of the world -- Brazil, New Zealand, LA (Los Angeles). The best place is when you play with friends and my best friend (is) former Manchester United player Dwight Yorke, anytime we can get together on a golf course.

"I have played in tremendous golf courses around the world, in Scotland, Dunhill, Pro Am (in USA), playing at St Andrews and you all get a lot of celebrities there. Shane Warne is always there, Michael Vaughan and (Jacques) Kallis also," he added.