Australia has been a difficult place to come for New Zealand, who have lost six and drawn three of their nine test series there. 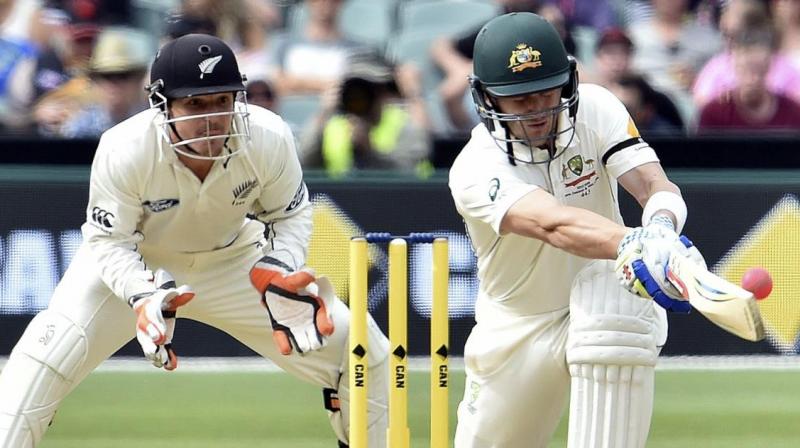 Richard Hadlee says New Zealand did something special in 1985 by winning their first test series in Australia. (Photo:AFP)

Wellington: Richard Hadlee says New Zealand did something special in 1985 by winning their first test series in Australia and there is no doubt current skipper Kane Williamson would view victory in the upcoming series across the Tasman Sea as a career highlight.

Australia has been a difficult place to come for New Zealand, who have lost six and drawn three of their nine test series there since that triumph more than 30 years ago.

But Williamson’s team head to Australia on Saturday for the first match, a day-night encounter starting on Dec. 12 in Perth, full of confidence after clinching their fifth successive series victory at home earlier this week against England.

They also received a welcome boost on Friday when pace spearhead Trent Boult and all-rounder Colin de Grandhomme were cleared to travel with the team.

Boult (ribs) and de Grandhomme (abdominal muscle) missed the second test against England but came through a fitness test on Friday in Mt. Maunganui.

“Trent Boult and Colin de Grandhomme are both making good progress with their injuries and successfully trained today at Bay Oval,” NZC said on their Twitter page.

“The pair will travel with the team to Perth tomorrow.”

New Zealand’s recent away form, which includes a victory over Pakistan in the United Arab Emirates and a draw with Sri Lanka, means they head into the three-test series as the second ranked side in the world.

Consistency of selection over the last two years has meant the side is relatively settled and they have also built some depth in pace bowling and in the middle-order batting.

Fast bowler Lockie Ferguson is in the squad and could make his test debut on the tour, with the fast and bouncy conditions expected in Perth probably conducive to him hurrying up Australia’s batsmen.

Neil Wagner could also benefit from faster wickets, with the left-armer having carved out an impressive record on unresponsive pitches in New Zealand with his ability to get deliveries to rear off a length.

Wagner was man-of-the-series against England and former Australia captain Ricky Ponting said that he was the “enforcer” in New Zealand’s balanced pace attack.

“What they have is a well-rounded attack,” Ponting told Cricket Australia’s website.

“Guys with the new ball who pitch it up and try to swing it and Wagner comes in behind them and bowls fast and short.

“They’ll use him as their enforcer.”

New Zealand have few concerns in their batting, with opener Jeet Raval the only player in the first choice top-seven averaging under 40.

All of the top eight have scored test centuries and the side has been able to count on contributions from every player at different times, something Hadlee said had been key to their series victory in 1985.

“Collectively we all did something of value and importance,” Hadlee told TVNZ earlier this week of the series where he took 33 wickets, including a career-best 9-52 in the first test in Brisbane.

Melbourne will host the second test from Dec. 26-30 with the final match at Sydney from Jan. 3-7.