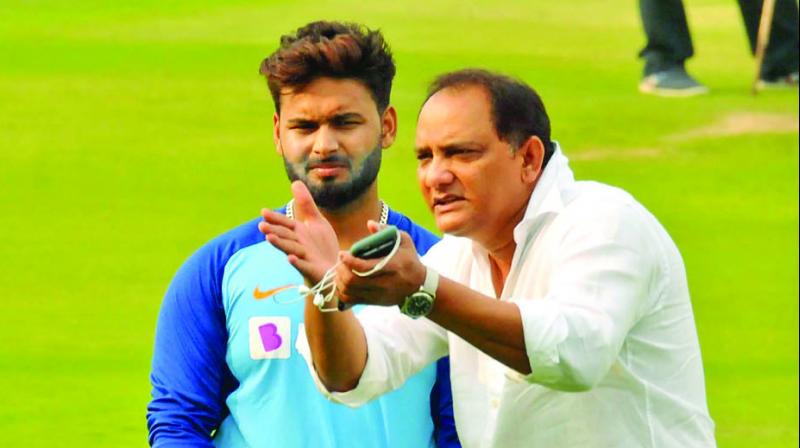 Hyderabad: With India lying fifth in world T20 rankings, captain Virat Kohli admitted there were problems in the shortest format. “I don’t think we have been very good while batting first in T20 cricket and defending low totals as well. So those are two things we really need to focus on,” he said on Thursday, eve of the three-match series opener against West Indies.

“Having said that T20 is a format where you experiment a lot more things than ODI and Test cricket. I think from that point of view you take a lot more risk in terms of what you want. As a team you give a lot of chances to youngsters. So you can’t really pinpoint where we stand. Ranking is actually the reflection of the strongest eleven but we haven’t really played the strongest eleven together for many games,” he added.

However, the Indian captain did not make much of the numbers. “Now heading into the World Cup rankings are going to be irrelevant because in T20 anyone can win on the day. We will probably be playing as close to the eleven that we want in the World Cup for the remainder of the T20 games we have leading upto the World Cup,” Kohli said.

The skipper also backed a misfiring Rishabh Pant. “We certainly believe in Rishabh’s ability. As you say, it’s (also) the player’s responsibility to do well, work hard and I agree but I think it’s a collective responsibility of everyone around us as well to give that player some space to do that,” he said, adding, “He can’t be isolated to such an extent that he gets nervous on the field. If you want him to do well and win matches for India all of us collectively should make him feel like he belongs and we are here to do things for him rather than against him.”

“As Rohit (Sharma) said recently, he (Pant) needs to be left alone, he is a match-winner. Once he comes good, you will see a very different version of him, which we have seen in the IPL already because he is free and relaxed there,” Kohli said.

Kohli also hinted that India’s pace pack was almost settled with Jasprit Bumrah, Bhuvneshwar Kumar and Mohammed Shami in. “The fight obviously is for one spot and I think more or less three guys have made a place for themselves. It’s going to be a healthy competition and it will be interesting to see how it pans out,” he said.

The captain had words of encouragement for Kuldeep Yadav and Yuzvendra Chahal with regard to the World Cup. “Having two wrist spinners is big advantage when you are playing in Australia in big fields. There might be some games where both might play together. But in T20 cricket, it’s all about balance and predominantly we see one guy playing with (Ravindra) Jadeja and Washy (Washinton Sundar) because it gives us all kinds of variety in the bowling attack. You need to have six bowling options in T20 cricket. That’s the basic rule. You can’t go with five expecting everyone to bowl four good overs. I think that is the balance we need to create,” he said.