Everything to play for, says bowling coach Walsh

Courtney Walsh wants his team to keep the Kohlis and the Ashwins out of their minds if they are to make a fight of it. 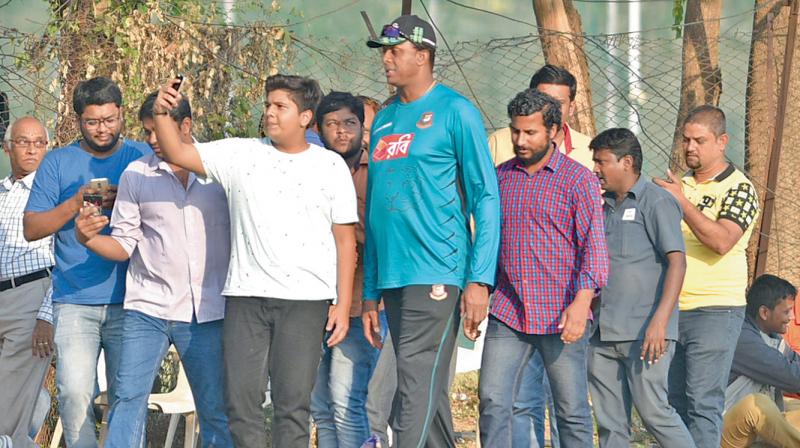 Hyderabad: A Test against India starting here on Thursday might be quite an intimidating task for Bangladesh but their bowling coach and West Indies great Courtney Walsh wants his team to keep the Kohlis and the Ashwins out of their minds if they are to make a fight of it.

“Obviously, (Virat) Kohli is a world class player and there are quite a few in this Indian team. But we have to look at them as a unit and not get worried too much about reputations,” he said while his team struggled to put up a fight against India A in their two-day tour match on Monday.

He was optimistic about the big game though. “If we play good cricket over five days, then the Test will be interesting. It is apparent that it is going to be a real challenge for our team, but we are up for that and it was good to have this practice game before the Test match,” he said.

However, given their lowly Test ranking, “we have nothing to lose but everything to play for against India.”

Bangladesh come into the Test on the back of a series loss in New Zealand but the Big Jamaican thinks playing in India is a different ball game. “The conditions here are definitely going to be different compared to New Zealand... more or less similar to back home. Yes, a lot depends on the kind of pitch they would be preparing for this Test match,” Walsh said, adding “I do feel that the New Zealand tour experience should hold many of these young boys in good stead.”

Speaking about his wards, Walsh said: “I am pretty impressed with the Bangladesh pacers especially the way they have been taking the workload of late. What we clearly lack is experience. I just hope they play more and more Test matches and get better.”

The fast bowlers in India too seem to have caught the yesteryear quick’s attention. “It is not surprising given the number of Academies like the MRF Pace Foundation.”