India vs Bangladesh: Kuldeep Yadav in, Amit Mishra out

Left-arm spinner Kuldeep Yadav has replaced Amit Mishra in the India squad for the one-off Test match against Bangladesh. 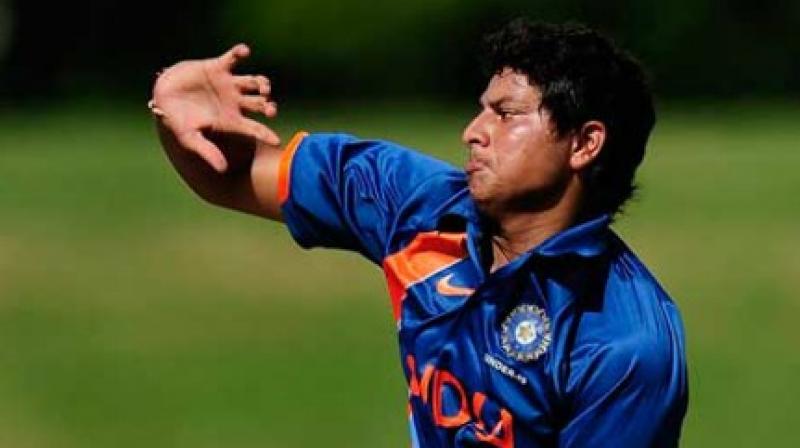 Kuldeep Yadav plays for the Kolkata Knight Riders in the IPL. (Photo: AFP)

Hyderabad: Young chinaman bowler KuldeepYadav has been rewarded with his maiden India Test call up after veteran leg spinner Amit Mishra was ruled out of the one-off game against Bangladesh due to a knee injury he sustained during the T20 series against England.

Kuldeep, who plays for UP in domestic circuit, has been in the selection radar for a couple of seasons having troubled a lot of batsmen with his 'wrong one' or left armer's googly.

Kuldeep had earlier been selected in ODI squad but is yet to make his senior India debut. For Mishra, this comes as a setback as he needs to undergo more medical examination to determine the extent of his injury.

Kuldeep came into prominence in longer version during Duleep Trophy day night matches. He has had a steady Ranji Trophy even though UP had a horrible season. Kuldeep now has 81 wickets in 22 matches.