Ind vs SA: Can India make it three-in-a-row?

South Africa who are beset with injury problems look to hit back in Cape Town. 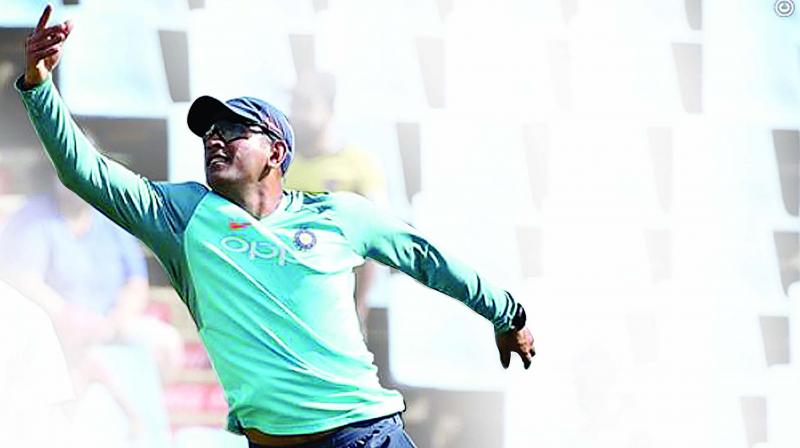 Cape Town: India will have their sights set on an unprecedented 3-0 lead when they take on a South Africa team, that has quite literally fallen apart due to injury blows, in the third ODI of the six-match series, here on Wednesday.

The visitors won the first two matches of the series in Durban and Centurion by six and nine wickets, respectively, dismantling the home side with consummate ease.

Twice previously, India have managed to win two ODIs in a bilateral series in South Africa — in 1992-93 and in 2010-11. In the latter instance, the visitors shot into a 2-1 lead, only to lose the five-match series 3-2 in the end. They had also lost 5-2 in the other instance.

But given the hosts’ current travails, history repeating itself would be a major disaster for the Men in Blue. This is because the Proteas are beset with injury problems. AB de Villiers was ruled out before the first ODI, Faf du Plessis before the second (both suffered finger injuries). And the list has only grown with Quinton de Kock (left wrist injury) ruled out before the third ODI. Cricket South Africa didn’t name a replacement for him, and Heinrich Klaasen, who finished as the third highest run- getter in the domestic one-day tournament here, is expected to make his ODI debut.

In a way, this could be a blessing in disguise for the hosts. De Kock has been out of form for a while now, failing to cross 50 even once in eight innings against India across both Tests and ODIs.

Klaasen’s late inclusion will mean that he is yet to be scarred by Indian wrist-spinners Yuzvendra Chahal and Kuldeep Yadav, who have shared 13 wickets in the first two matches.

South Africa will be hoping for a better and fast-paced start from the in-form batsman, if he is asked to open along with Hashim Amla.

De Kock and Amla put on 30 and 39 for the opening stand in Durban and Centurion, after which the remaining batting line-up — barring du Plessis’ hundred — wilted against leg spin.

A school of thought says young skipper Aiden Markram will give himself a second promotion in two matches. He had batted at no. 4 in Durban (scoring 9 off 21 balls) and at no. 3 in Centurion (scoring 8 of 11 balls).