The next target is to do well for Jharkhand in the Vijay Hazare Trophy. 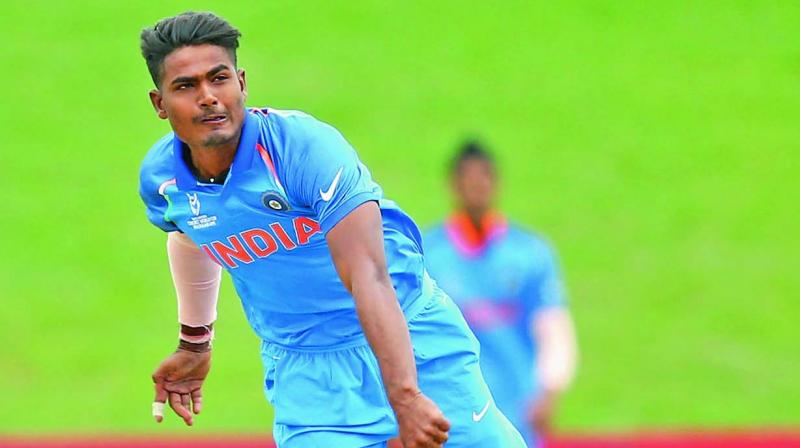 Excerpts:
Q New Zealand conditions are generally swing-friendly. So, how much of a confidence booster it was to bowl well in such conditions?
I could not play in the Asia Cup (in November 2017) owing to an injury. So, it was difficult to bowl the way I used to bowl before. But I had a good practice and (played) practice matches. In the first game (against  Australia  in the World Cup), I did not have a good outing. But I got to learn about what’s happening in the games and how I needed to go about my plan in regards with length, position of my bowling hand etc. It is vital.  In New Zealand, there are more flat tracks. So, it was clear in my head that we are not going to get spin-friendly pitches in New Zealand.

Q There were three left-arm spinners — you, Abhishek Sharma and Shiva Singh — in the team for the final. Was there any particular strategy that you three decided to follow?
We decided to bowl in partnerships. If one is not conceding runs, the other wouldn’t concede many from the other end as well. It builds pressure on the batsmen and then they try and do different things and that increases our chances to get wickets. So, the three of us decided to bowl as a bunch.

Q How did the inputs of bowling coach Paras Mhambrey help you?
He helped us a lot during the practice. How to bowl in the slog overs and ideal hand position were some of the important learnings.

Q What’s your next target?
The next target is to do well for Jharkhand in the Vijay Hazare Trophy.

Q Did you get a chance to speak with M.S. Dhoni after the win?
No. We have not spoken after the win. But he knows me well.
Whenever we meet, he tells me to stay disciplined. ‘You are bowling well. If you put more body into your deliveries, the chances of bowling short will also go down.’ So, that advice helped me a lot and I am bowling less number of short balls. I feel confident.