Sports   Cricket  07 Apr 2017  Nothing can stop me if motivation is there, says ABD
Sports, Cricket

Nothing can stop me if motivation is there, says ABD

Having conquered all its formats, cricket’s most versatile player, AB de Villiers stands out amongst the top batsmen in the world. 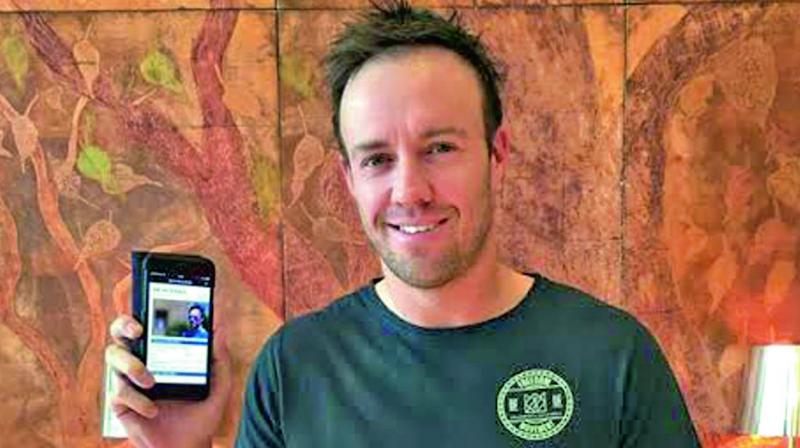 Bengaluru: Having conquered all its formats, cricket’s most versatile player, AB de Villiers stands out amongst the top batsmen in the world. A class-act on the 22-yard strip, enthralling the crowd with mind-boggling strokes the 33-year-old has stolen hearts all over the world, with a large fan base here in India.

After being named skipper of the Royal Challengers Bangalore, due to the absence of regular captain Virat Kohli, de Villiers himself was ruled out of the opening game against Sunrisers Hyderabad, owing to a back injury. With Bengaluru set to play their first home game against the Delhi Daredevils on Saturday, ABD will be putting in some net sessions to see whether he will be fit to play.

Launching his personalised fan engagement app, the AB 17 app, that will allow him to interact on a deeper level with his global fan following, Bengaluru’s adopted son said he hopes to return quickly from injury.

“It’s something I haven’t dealt with a lot in my career, I haven’t had a lot of injuries. But every single time I’ve had an injury I’ve come back stronger.”

The Pretoria batsman added that he draws inspiration from how Rafael Nadal got back with a bang from injury. “I haven’t played a lot, but if you look at my form coming back against New Zealand I still played alright. It’s not easy, but it’s a great challenge to get away from the game and then to work hard and work your way back into it.

‘Inspired by Nadal’s return’
“I’ve found inspiration through a lot of athletes who have done that in the past. I think of Nadal. The way he’s come back has inspired me a lot. I’m still motivated to play for as long as possible, and as long as that motivation is there mentally, nothing is going to stop me.”

The 33-year-old backed Kohli’s decision of not returning to the field unless one is a 100% fit. “I think that’s how it should be. No matter where you’re playing or when. Even though I’m very very keen to get on the field, I’ll make sure that I’m 100% fit ,” he added.