IPL 2019: SRH looks to sort out batting worries before they clash with KXIP

Sunrisers and Kings XI have garnered 6 points after 3 wins from 5 games but the Hyderabad outfit is placed 2nd due to better run rate. 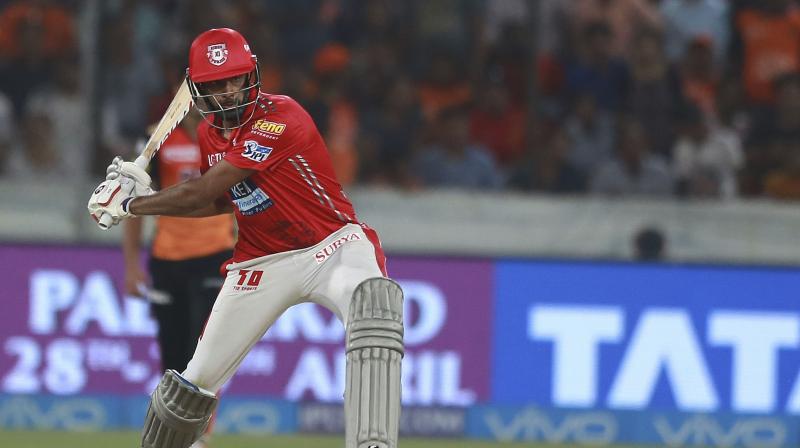 Sunrisers have been threatening in their first three games when David Warner and Jonny Bairstow stitched century-plus stands but once the duo got out cheaply, the Hyderabad team's middle-order looked in complete disarray. (Photo: AP)

Mohali: A top-heavy Sunrisers Hyderabad are seeking to sort their middle-order woes against Kings XI Punjab as the two teams eye a return to winning ways in the Indian Premier League here on Monday.

Both Sunrisers and Kings XI have garnered six points after three wins from five games but the Hyderabad outfit is placed second in the eight-team standings on account of a better run rate.

Kings XI, meanwhile, are lying fifth in the points table.

But, having suffered defeats in their previous games, both Sunrisers and Kings XI would be desperate to get back to winning ways.

While Sunrisers lost by 40 runs against Mumbai Indians in Hyderabad on Saturday while chasing a below-par 136, Kings XI were beaten by 22 runs by Chennai Super Kings.

Sunrisers have been threatening in their first three games when David Warner and Jonny Bairstow stitched century-plus stands but once the duo got out cheaply, the Hyderabad team's middle-order looked in complete disarray.

Sunrsiers' middle-order has hardly been tested and when the opportunity came against Mumbai Indians, the likes of Vijay Shankar, Manish Pandey, Deepak Hooda and Yusuf Pathan fell flat.

Chasing a modest 137 against Mumbai for a win, debutant Alzarri Joseph wreaked havoc to bundle out Sunrisers for 96.

On the bowling front, the pace trio of Bhuvneshwar Kumar, Sandeep Sharma and Siddharth Kaul have been descent so far while the Afghan spin duo of Rashid Khan and Mohammad Nabi have been more than impressive in the middle overs.

Kings XI, on the other hand, lost the plot despite half-centuries from K L Rahul (55) and Sarfaraz Khan (67) while chasing 161 as they were restricted to 138 for five by CSK.

Kings XI batsmen were choked for runs by the CSK spinners and with Rashid and Nabi in Sunrsiers' rank, it is going to be another difficult outing for the home team batsmen.

Kings XI would be hoping for Chris Gayle to be back among runs at the top, while the likes of Mayank Agarwal, Mandeep Singh, David Miller need to take more responsibility in the middle overs.

While pacer Mohammed Shami had had an erratic tournament, skipper Ravichandran Ashwin has been leading Kings XI from the front in the company of Sam Curran, Murugan Ashwin and Andrew Tye.