Dream11 allows two individuals to play against each other by choosing a playing XI and compete on the basis of statistics from a live match. 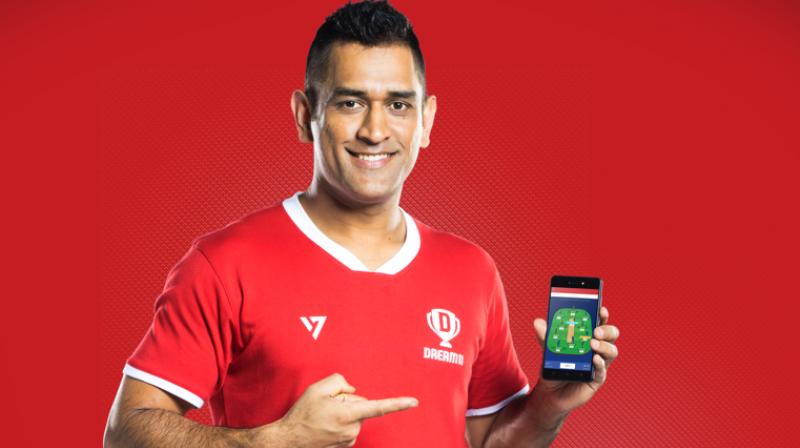 The Public Gambling Act of 1867 criminalises gambling in a public forum although the act does not define the games which involve skill. (Photo: MS Dhoni/Facebook)

Partnering with seven IPL franchises, the popularity of the online sports games has increased to a great extent, especially after roping MS Dhoni as its brand ambassador.

Dream11 is an official partner of BCCI’s IPL despite being prohibited in five states. Dream11 is considered to be a form of gambling as the contestants can make money by predicting the performance of the players. Currently, Dream11 is associated with IPL through a three-year deal worth Rs 120 crore.

As reported by The Indian Express, a top BCCI office-bearer and an IPL franchise official had objected Dream11’s proposal for the tie-up in 2018. However, the founders of the game were successful in convincing the officials about the game’s legality.

Dream11 co-founder Bhavit Sheth said fears over the game’s legality have reduced due to the judgement passed by Punjab and Haryana High Court in 2017. Dream11 also states on its website and mobile application that the Supreme Court had dismissed a challenge to the High Court decision in 2017.

However, sport and gaming lawyer Vidushpat Sinha had a contrasting opinion on this issue. He stated that “While it is correct the Hon’ble Supreme Court has dismissed the appeal, it was in limine through a non-speaking order. This means the Supreme Court has not gone into the merits of the issue and thus does not lay down a binding principle for the High Courts under Article 141 of the Constitution of India

Dream11 allows two individuals to play against each other by choosing a playing XI and compete on the basis of statistics from a live match. The customers have to pay a fee for entering a team, along with their PAN card and bank details.

Currently, there are around 70 sports operators in India but Dream11 is regarded as the biggest one.  Dream11 has the customer base of 5 crores at present, and the company aims to reach the 8 crore mark before the end of the ICC World Cup 2019.

Dream11 is restricted in the states—Assam, Odisha, Telangana and Sikkim due to their strict gambling laws. There are three traditional elements of gambling— consideration, price and chance. However, the promoters of fantasy sports games argue that the element of chance gets replaced by skill in such a case.

The Public Gambling Act of 1867 criminalises gambling in a public forum although the act does not define the games which involve skill. Along with the element of skill, the game also involves an element of chance. The players can choose a non-traditional captain and vice-captain for earning extra points if proved right.

In 2017, the Punjab and Haryana High Court gave a decision in favour of the fantasy sports game. The courts stated that these games cannot be considered as a form of gambling as they involve a substantial degree of skill. But the judgements from other courts differ from this:

The Delhi District Court opined in 2012 that “online games of skill are outside the scope of trade and commerce and thus do not have the protection offered under Article 19(1)(g) of the constitution, which guarantees freedom of trade, profession and business”.

In 2017, a single-judge bench of the Gujarat High Court held that “a game of skill… played with stakes may be considered as gambling”. The verdict has been appealed before a division bench.

This January, the Kerala High Court ruled that “games of skills played for stakes amounts of the offence of gambling”.

Fantasy sports games were under threat in the US too. Their operations in New York was briefly stopped in 2016 but are now regulated after betting was legalized in the US last year.

In Australia, fantasy sports are treated by the regulators as a form of bookmaking. The French Online Gambling Regulation Authority regards it as “elementary best under pool betting”. These games are regulated by the gambling commission in the UK.