Dhoni and Company look to settle scores against Mumbai, the only team to beat CSK at Chepauk since 2013. 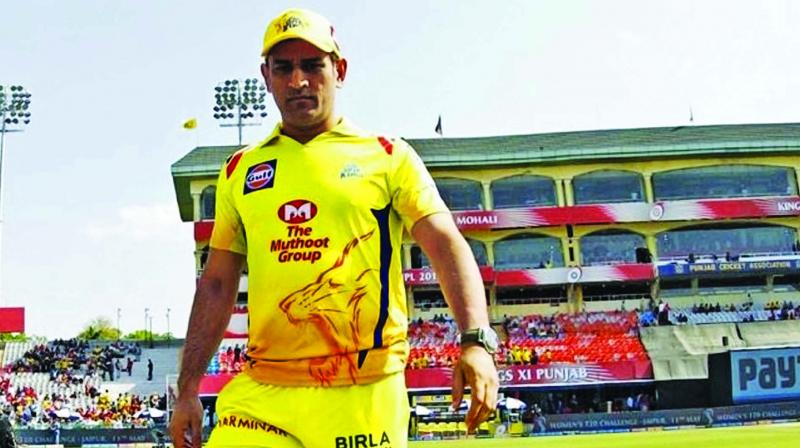 Chennai: They say revenge is a dish best served cold. But for Chennai Super Kings the payback time is now for the humiliation that they suffered at their own backyard 10 days ago when they meet their rivals Mumbai Indians in Qualifier 1 on Tuesday. The winners will go straight to Hyderabad for the final, while the losers get another shot at the title clash through Qualifier 2, to be held in Vizag.

Super Kings have suffered just two defeats at their fortress, M.A. Chidambaram Stadium, since 2013 and both came at the hands of Rohit Sharma’s Mumbai. Flamboyant skipper M.S. Dhoni who had missed the previous contest due to fever has returned to try and avenge the loss, but table-toppers Mumbai will still enter Qualifier 1 as favourites having beaten CSK in six of their last seven meetings.

Even though their defeat against Kings XI in the last league game on Sunday didn’t affect Super Kings’ plan to play Qualifier 1 at home, they suffered a setback through Kedar Jadhav’s shoulder injury. The diminutive batsman has been ruled out of the playoffs. On a long flight back to Chennai, coach Stephen Fleming would have worked out a replacement with the help of skipper Dhoni. It would be surprising if CSK make more changes.

“It ebbs and flows throughout the tournament. We can still get better on all facets. Bowling-wise, it’s been our strength, somewhat surprisingly, throughout the tournament. We’re now getting into one-off games, and we’re going to back these players right through to the end. So it’s about recovery and just making sure the options and the executive are as good as can be,” said Fleming

In a way the game against Kings XI helped Faf du Plessis rediscover his form with a 55-ball 96. Suresh Raina hit his second successive 50 after a lean patch. Even though opener Shane Watson remains inconsistent, the form of rest of the top-order should come as a relief for Dhoni who shoulders the enormous burden in the middle.

Fleming admitted that CSK drifted a bit in the last couple of games. “It’s due to a little bit of fatigue and a little bit of being near the top of the table. But that's over now, and we can focus on the one-off game in Chennai and go wherever we need to go after that,” added Fleming.

Quinton de Kock (492) is Mumbai’s leading run-scorer this season, while skipper Rohit (386 runs) has turned his fortunes around when it mattered the most — the business end.

Mumbai batsmen should, however, be wary of CSK's three-pronged spin attack featuring the likes of Imran Tahir, R. Jadeja and Harbhajan Singh. The trio have been on fire in spin-friendly conditions.