Mumbai Indians have won three out of their last four matches and sealed the top spot by with a win against KKR in their previous game. 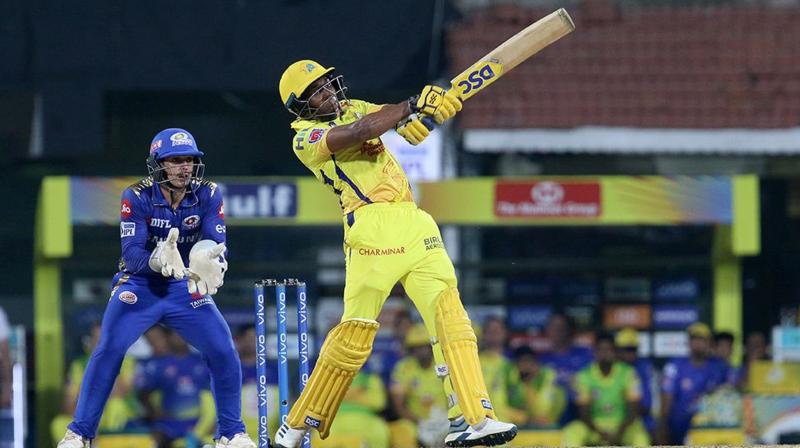 Mumbai Indians will be led by Rohit Sharma opening the innings with Quinton de Kock, and with Hardik Pandya, Keiron Pollard and Krunal Pandya playing the role of finishers. (Photo: BCCI)

Mumbai: The world will witness two giants clash against each other in the first qualifier of the tournament. Regarded as the El Clasico of IPL, both the teams have the calibre to book a spot in the final. Mumbai certainly has the upper hand due to the head to head record at M.A. Chidambaram stadium, as the MI Paltan has been triumphant over the Yellow Brigade by 4-2. But Chennai will be also eager to book a spot in the final, which would edge them closer to their fourth IPL title.

The pitch at Chepauk will assist Chennai spinners—Harbhajan, Tahir and Jadeja to influence the game while Mumbai will be relying on their power hitters—Hardik Pandya and Rohit Sharma to turn the game in Mumbai’s favour. Chennai was unsuccessful in sealing a top spot in the points table, as they suffered a defeat against Kings XI Punjab in their previous game.

CSK will be looking to take the shorter route to the final, however, it would not be a cakewalk for the Dhoni Army as MI has been in scintillating form lately. Mumbai Indians have won three out of their last four matches and sealed the top spot by with a win against KKR in their previous game.

CSK’s spin attack will be led by Imran Tahir, who is second behind Kagiso Rabada in the top wicket-takers list. Skipper Dhoni has been the core of the team and has steered the team’s way despite being injured in recent matches. Dhoni has remained not out for six times in the tournament, scoring 368 runs in 12 matches.

The inconsistency of openers has been a major issue for CSK, as Shane Watson and Faf du Plessis have failed to construct formidable partnerships at the start. However, both the batsmen have peaked at the right time by playing match-winning knocks. Watson repaid CSK’s faith in him by smashing 96 runs off 53 balls against Sunrisers Hyderabad. Similarly, du Plessis also hit his career-high score of 96 against Kings XI Punjab in Chennai’s previous game.

Mumbai Indians will be led by Rohit Sharma opening the innings with Quinton de Kock, and with Hardik Pandya, Keiron Pollard and Krunal Pandya playing the role of finishers. Hardik Pandya has been the most valuable player for Mumbai Indians this season.

With a staggering strike rate of 1978.95, Pandya has scored 380 runs in 14 matches and has also contributed with the ball by taking 14 wickets. He displayed one of the most destructive innings in IPL history by smashing 91 runs in just 34 balls against Kolkata Knight Riders at Eden Gardens.

Taking the venue into consideration, Chennai Super Kings will have an upper hand over Mumbai Indians. Chepauk pitch always offers a helping hand for spinners and for the team batting second.