For Gilchrist, his long-lost form couldn’t have come at a better time, and that too in a final. 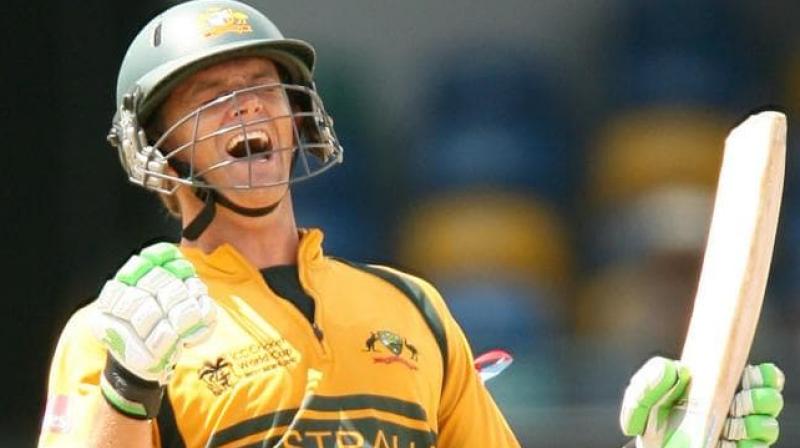 Gilchrist demolished the Sri Lankan bowling attack to race to an impressive 149 from only 104 balls to put the three-time World Champions in command. (Photo: AFP)

Mumbai: It was the ninth edition of the World Cup final as Australia took on the Lankans, and the date was 28th of April 2007; the venue was Kensington Oval, Barbados, and the opponent was Sri Lanka.

Despite whoever the opponent was, the Aussies put on a dominant display at the final showdown to lift the World Cup for the fourth time, and third time on the trot. And, all the credit goes to Adam Gilchrist, who unleashed his beast mode as he blasted away the bowlers of Sri Lanka to every corner of the stadium.

On that very day, Gilchrist demolished the Sri Lankan bowling attack to race to an impressive 149 from only 104 balls to put the three-time World Champions in command.

Sri Lanka despite having a lethal bowling line-up, no bowler matched-up to the likes of Gilchrist. Not even clinical Vaas, bouncy pacer Fernando, and spin maestro Muralidharan could stop Gilchrist from unleashing his scathing attack.

However, for Sri Lanka one mistake – Dilhara Fernando put down Gilchrist while he was batting on 31 – costed the one-time World Champion from winning the coveted trophy for the second time

On that very day, the Aussies didn’t seem like they were playing a final, rather they played like it was the last match of their lives. Whenever it comes to playing the finals, the Australians look like a different outfit as compared to others. This factor sets the Kangaroos apart from others.

For Gilchrist, his long-lost form couldn’t have come at a better time, and that too in a final. One can also not forget that Gilchrist was playing his last match of his historic career.

Gilchrist’s ferocious onslaught had already written the script for the Kangaroos as the opener’s knock helped Australia to post a huge total of 281 for the loss of four wickets within the allotted quota of 38 overs, after rain intervened for a short while.

Unfortunately, the Sri Lankans trying to chase a revised target, finished at 215 for 8, losing the match by 53 runs.

Gilchrist completely dominated the show. The Aussies despite having in-form Hayden, Ponting, became completely dependent on Gilchrist, who took control of the centre stage.

The aggressive opening wicketkeeper-batsman scalped 13 fours and 8 sixes which had shaken the Sri Lankans.

This knock by Gilchrist is bound to go down as one of the greatest knocks in a World Cup final, and all the rivals are sure to remain spellbound.