Llong reportedly kicked the door after a controversial end to Sunrisers Hyderabad's innings. 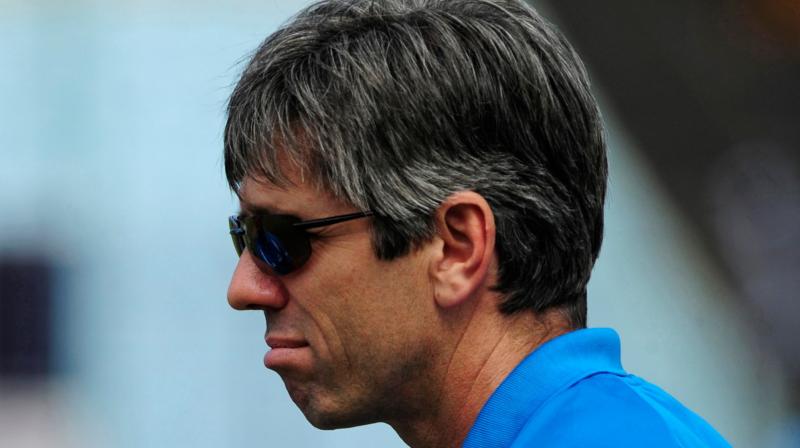 After the conclusion of the innings, the agitated umpire went back to the umpires room and apparently smashed the glass door. (Photo: AFP)

London: Cricket umpire Nigel Llong has paid for the repairs after damaging the glass door in the umpire's room at Bengaluru's M Chinnaswamy Stadium during Royal Challengers' (RCB) final home game against Sunrisers Hyderabad on May 4.

Llong reportedly kicked the door after a controversial end to Sunrisers Hyderabad's innings. The umpire had signalled a no-ball off Umesh Yadav's bowling but the replays suggested that the delivery was legal.

"It was an unfortunate incident. He gave a wrong no-ball decision in the match, and Virat went and spoke to him, and Umesh also spoke to him. So he might have been upset, and frustrated. He came back and kicked the door to the umpires' room after the first innings. So there was a crack and a dent in the door. The glass didn't break, fortunately," ESPN Cricinfo quoted Karnataka State Cricket Association (KSCA) secretary R Sudhakar Rao as saying on Tuesday.

"After the game, I found out, and I met the match referee. I spoke to him, and we had a discussion, and I have reported the matter to the Committee of Administrators (CoA). He paid Rs 5000 for the damages. He was civil about it, but he had caused damage, so we had to charge him for it. He didn't complain about it," he added.

After the replays, Llong was seen having a discussion with RCB skipper Virat Kohli and bowler Yadav when the big screens at the ground showed that the bowler had not overstepped.

The umpire, however, stood his ground and refused to change his decision despite protests from the RCB camp.

After the conclusion of the innings, the agitated umpire went back to the umpires room and apparently smashed the glass door.

The glass door was dented, but it did not shatter. The state cricket association, after seeing the nature of the incident, had to report the matter to the CoA after consulting the match referee V Narayan Kutty.