'Warner should open with Finch in World Cup': Mark Waugh

Finch recently suggested that either Khawaja, Warner or himself could bat in that position during the World Cup. 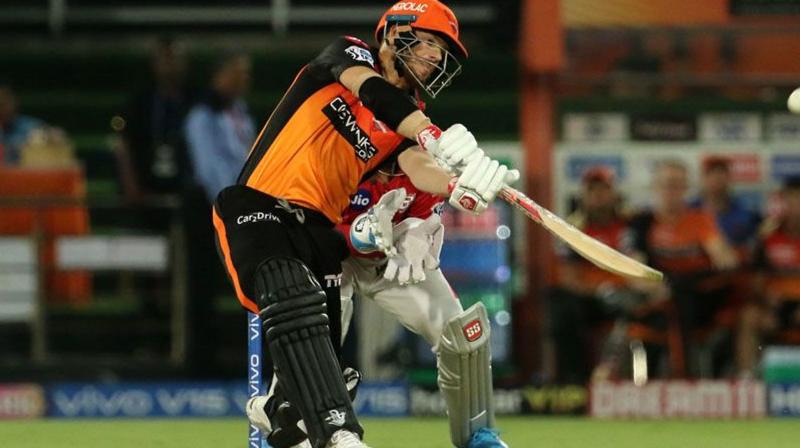 The left-handed Warner has been in excellent touch as he scored lot of runs at the top of the order for Sunrisers Hyderabad in the IPL. (Photo: BCCI)

Melbourne: Considering that David Warner can be much more destructive than any other batsman during the field restrictions, he must open for Australia alongside Aaron Finch at the World Cup, suggests former national selector Mark Waugh.

Usman Khawaja has scored more ODI runs (769) for Australia this year than anyone else and formed a formidable opening combination with along Finch during Australia's two most recent ODI series against India and Pakistan but Waugh thinks Warner is still the best option.

"I would definitely have him (Warner) opening. He is the number one opener in my opinion, so he has got to open with Finch," Waugh told the Big Sports Breakfast radio program.

"He is the most dangerous when the field is up and the field restrictions are in place and he can get the team off to a flyer."

The left-handed Warner has been in excellent touch as he scored lot of runs at the top of the order for Sunrisers Hyderabad in the IPL. In fact, all his 104 ODI innings for Australia has come as an opener.

Finch recently suggested that either Khawaja, Warner or himself could bat in that position during the World Cup, although a left-hand, right-hand combination at the top of the order was his preference.

"I think all three of us could (bat at No.3). I've probably got the least experience out of all three of us in that position in limited-overs cricket. It's something we'll juggle and tinker with. I think a left-right combination is probably the way we'll go, it just depends on which left-hander (opens)."

Waugh feels Khawaja and Shaun Marsh are the best options to bat at number three, while the remainder of Australia's batting order looks pretty clear cut.

"I think either Khawaja or Shaun Marsh bat at three and they should be fighting for that spot," he said.

Australia will play their first World Cup game against Afghanistan on June 1.