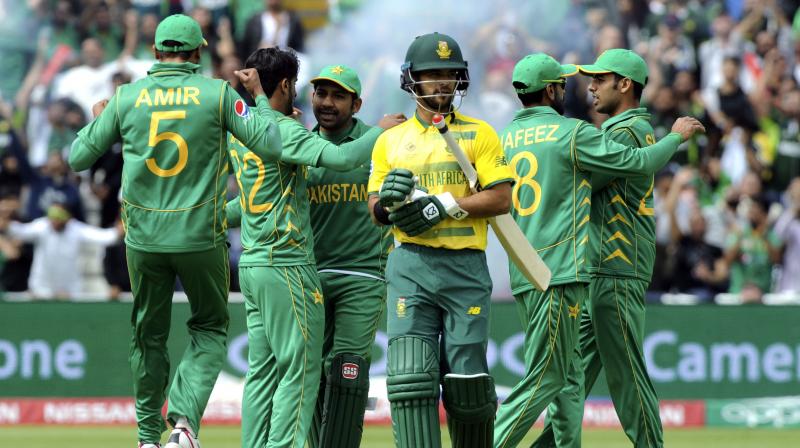 Birmingham, United Kingdom: Pakistan completed a remarkable turnaround to beat South Africa by 19 runs on the Duckworth-Lewis-Stern method in their day/night Group B Champions Trophy match at Edgbaston on Wednesday and so maintain their hopes of a semi-final place.

Just three days after conceding a total of 319 for three in a 124-run thrashing by arch-rivals and title-holders India at Edgbaston in their first match of this one-day international tournament, Pakistan held South Africa to a score of 219 for eight at the Birmingham ground.

Babar Azam was 31 not out and Shoaib Malik unbeaten on 16 after fast bowler Morne Morkel had taken three for 18 in just seven overs. South Africa conclude their group campaign against India at the Oval on Sunday, with Pakistan facing Sri Lanka in Cardiff on Tuesday.