Sreesanth was one of those charged for spot-fixing during the sixth edition of the Indian Premier League ( IPL) in 2013. 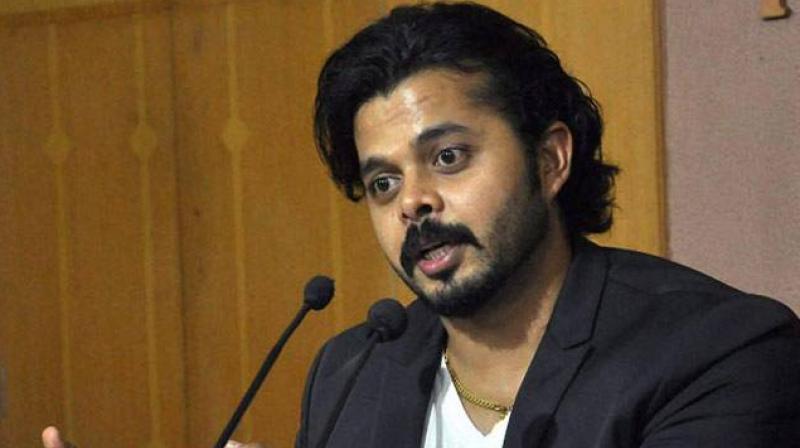 In September 2013, the disciplinary committee of the BCCI gave him a life ban from the sport, effectively ending his career. (Photo: PTI)

Kochi: Kerala High Court on Monday lifted life ban imposed by BCCI on S Sreesanth in the wake of the 2013 IPL spot-fixing scandal.

In September 2013, the disciplinary committee of the BCCI gave life ban verdict to the the former Indian pacer which effectively brought an end to his career.

However, a Delhi Sessions court in 2015 had exonerated him in the spot-fixing case registered by the Delhi Police which invoked the Maharashtra Control of organized crimes Act (MCOCA).

The BCCI had earlier in April this year rejected Sreesanth's plea for a review of his life ban, saying it will not compromise on its zero tolerance policy towards corruption.

The country's cricket board had also informed the Kerala High Court that a criminal court exonerating Sreesanth of spot-fixing charges was not enough to lift the lifetime ban on him.

After Sreesanth approached the Kerala High Court in March this year with a petition seeking the lifting of his ban, the court asked him to file a review plea before the BCCI.

The BCCI, though, remained adamant and had earlier refused to grant Sreesanth a 'no objection certificate' for playing in Scotland which led him to launch a scathing attack on the board.