Smith's grand return to the international stage has led to comparisons with the legendary Don Bradman. 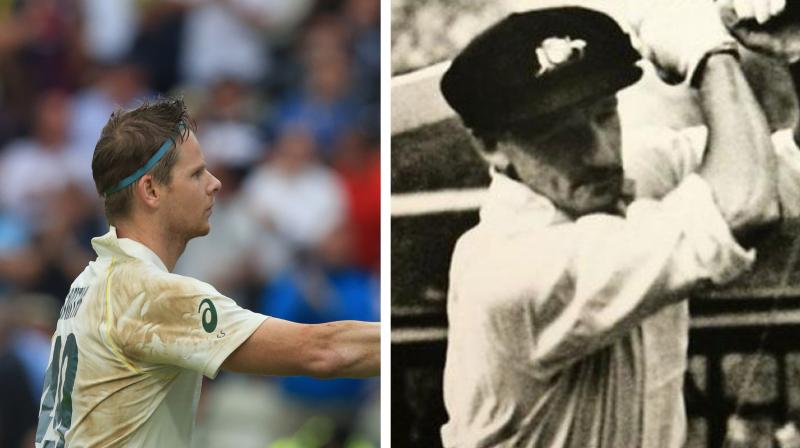 Mumbai: The current Ashes series between England and Australia has kicked off with a convincing win for the tourists at Birmingham.

Former Australian skipper steered Australia to the win by making a grand comeback to Test cricket. Smith was the star for the Aussies as he scored centuries in both innings of the Test match, playing a vital role in the team's 251-run victory over England.

Smith's grand return to the international stage has led to comparisons with the legendary Don Bradman.

Ahead of the second Test of the Ashes, scheduled to take place at Lord's Cricket Ground,  the stadium has posted an archive video of the 1948 Test between the two teams played at the same venue.

From the Archives | England v Australia 1948

📽 From the Archives | England v Australia 1948 Don Bradman leads Cricket Australia as they head to Lord's to face England Cricket in the second Test of...

The match was won by Australia by a margin of 409 runs, with Bradman scoring 38 and 89 runs in the two innings. The video allows the current generation to witness the greats of the game in action.