Chasing a target of 126 runs, New Zealand were bundled out for 88. 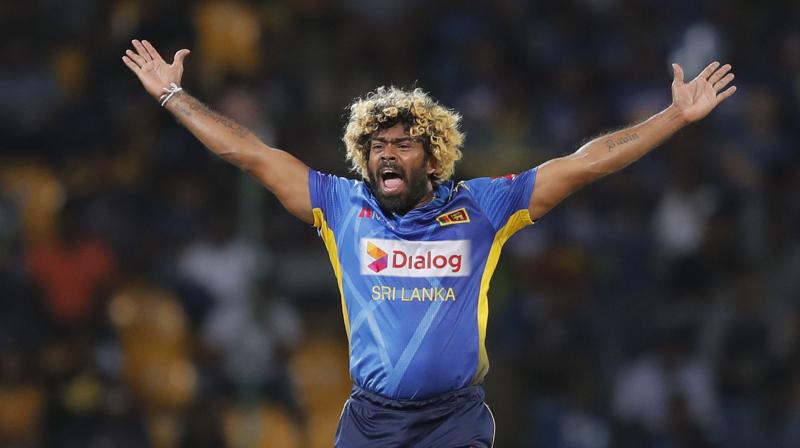 New Zealand were not able to overcome from early blows and kept losing wickets on a regular interval. (Photo: AP/PTI)

He also became the first bowler to take five hat-tricks in international cricket. He has three in ODIs and two in T20Is.

The 36-year-old also became the first bowler to take 100 wickets in T20Is. Malinga in his four overs bagged five wickets and gave away just six runs.

Chasing a target of 126 runs, New Zealand were bundled out for 88. The Kiwis suffered the worst possible start as they lost their four wickets in the third over. Malinga scalped four consecutive wickets as he sent back Colin Munro, Hamish Rutherford, Colin de Grandhomme, and Ross Taylor respectively.

New Zealand were not able to overcome from early blows and kept losing wickets on a regular interval. Only three batsmen were able to score in double-digit. Four Kiwi batsmen were unable to score a single run and departed on a duck.

Tim Southee was the top scorer for New Zealand as he played an unbeaten knock of 28 runs.

Earlier, Sri Lanka won the toss and decided to bat first. Danushka Gunathilaka opened the scoring with Kusal Parera and built a 31-run partnership for the first wicket.

Perera could only score three runs as his wicket was taken by Mitchell Santner.

Avishka Fernando joined Gunathilaka in the middle and built a brief stand of eight runs. Fernando (6) was bowled by Todd Astle in the seventh over. In the ninth over, Gunathilaka (30) too departed by Astle. Niroshan Dickwella and Lahiru Madushanka built a small stand of 27 runs for the fourth wicket.

Santner scalped Dickwella (24) in the 13th over. Sri Lanka kept on losing wickets and at last reached a total of 125/8 in 20 overs. For New Zealand, Mitchell Santner and Todd Astle bagged three wickets each.

New Zealand won the three-match T20I series by 2-1 despite losing this match.