The 36-year-old paceman finished the evening with 5-6 in his four overs. 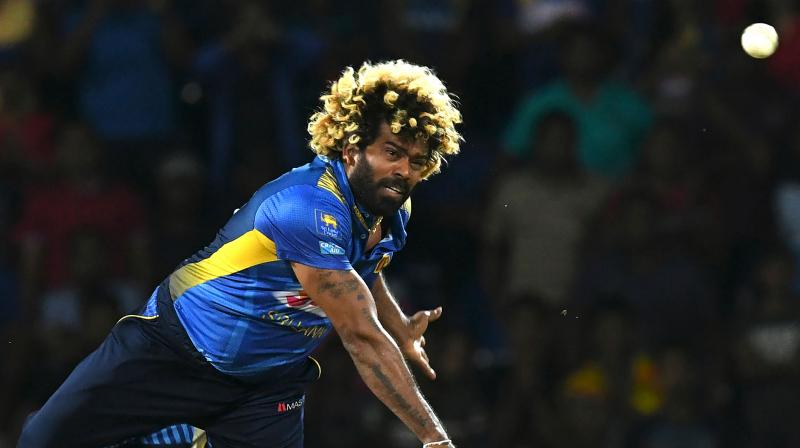 The first time Malinga claimed ‘four in four’ was against South Africa during the 50-overs World Cup in 2007. (Photo: AFP)

Sri Lanka fast bowler Lasith Malinga claimed four wickets in four balls for the second time in his international career to rip through the New Zealand batting order in a Twenty20 match at Pallekele on Friday.

Malinga removed Hamish Rutherford and Colin de Grandhomme in his next two deliveries to claim his second hat-trick in the format before trapping Ross Taylor leg-before for his fourth in the over.

Seifert became Malinga’s next victim as the wicketkeeper-batsman edged an outswinger to first slip, leaving New Zealand’s lower order exposed at 23 for 5.

The 36-year-old paceman finished the evening with 5-6 in his four overs.

The first time Malinga claimed ‘four in four’ was against South Africa during the 50-overs World Cup in 2007.

Malinga had dismissed Shaun Pollock, Andrew Hall, Jacques Kallis and Makhaya Ntini but it was all in vain as South Africa clinched a last-gasp win.

Yet Malinga was not to be denied this time as spinners Akila Dananjaya and Lakshan Sandakan cleaned up the lower order to bowl out New Zealand for 88, handing Sri Lanka a 37-run victory.