Mumbai finish the group stages with an undefeated record and brace up to bring the trophy back after 14 years. 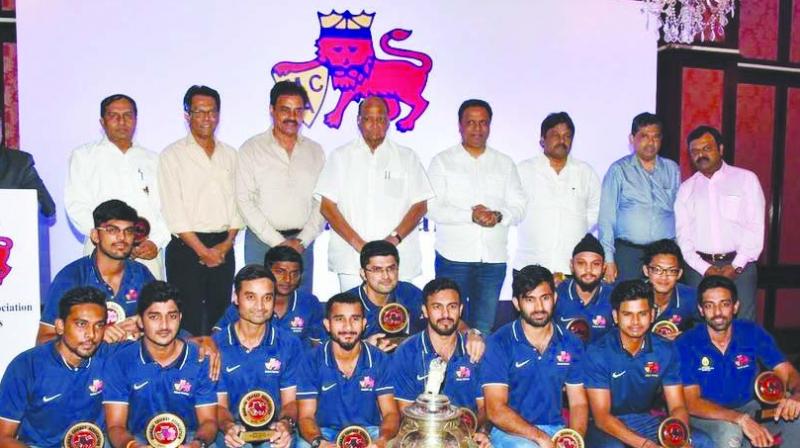 Either by more than five wickets or a margin of 40 runs where the opponents were subdued.

After a wait of years and a lacklustre of a season, it looks like it is working out for Mumbai. The new coach Vinayak Samant’s team is cruising without losing a single game in the Vijay Hazare Trophy. The Mumbai outfit has not lifted the limited over silverware since 2006 and the team has qualified is the first team from Group A and B to qualify for the quarter-finals that will start from October 14. The tie with Maharashtra on Saturday because of poor weather conditions allows Mumbai to stay on top with 28 points.

The trophy cabinet has seen many trophies at Mumbai Cricket Association’s (MCA) Wankhede or BKC facility but the number of Vijay Hazare Trophies remains to be two. It was back-to-back wins in 2004-05 and 2005-06 seasons. It has been 14 years and this is the best chance to bring the title back.

The results, if compared from last season are like chalk and cheese. Even though the team managed to make it to  the knockout stages, the end result was a disappointing loss to Maharashtra. Samant and his side will be aware of this challenge even after winning six out of eight matches. The other two games were washed out and thus the undefeated streak stays.

“It is a good feat but we should be aware of the fact that the tournament is not over yet. Also we have not faced any small team, it has been something like India facing England or Pakistan. All the teams have been really tough and we should know that,” says Samant.

Samant is throughly impressed by the way his senior players have stepped up and he has all the reasons. Dhawal Kulkarni has been the real star in the bowling department. The medium pacer has used the overcast conditions to his advantage where he gets extra swing. He has grabbed 14 wickets in six games with an impressive economy of 4.60. “The way that he has taken up the responsibility is great. I have always stressed on responsibility and delivering. I am highly impressed by Dhawal in bowling,” says the coach.

All the wins that have come for Mumbai have been highly convincing. Either by more than five wickets or a margin of 40 runs where the opponents were subdued. This ruthlessness was missing last season. The team has not been tested fully though. Since all the games for Mumbai are over, the team will directly play the quarter-finals that is scheduled from October 14. The venue has not been decided yet.

The team will be coming back to Mumbai and Samant insists that his side will practice on the mats. “There are a couple things that I want to work on with the team especially the run rate in the middle overs. The period from 25-35 over, I want the team to get more runs quickly,” he says.

Mumbai cricket can boast about a lot of titles but Vijay Hazare Trophy remains to be one trophy that has not entered the cabinet for quite some time. This looks like the best chance for the 41 time Ranji Trophy winners.