Mumbai Indians’ ‘nani’ watches the qualifier match at the stadium, and fans can’t handle it 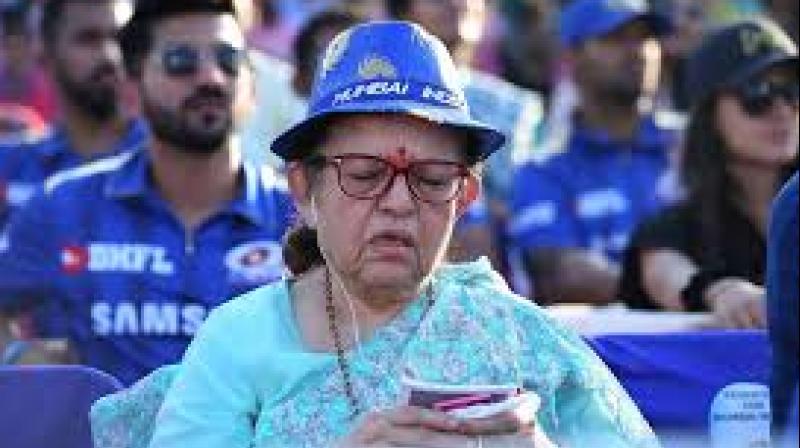 Purnima, who reached the UAE recently, was spotted during the first qualifier match in the ongoing IPL2020, between MI and Delhi Capitals (DC).

Fans might remember she was first spotted, seemingly forever offering prayers, with folded hands and eyes closed, during the IPL2017 final between Rohit-led MI and the now-defunct Rising Pune Supergiant (RPS) in Hyderabad. In a riveting IPL2017 finale, MI edged past RPS by one run in a last-ball thriller, going on to lift their third title.

While the Twitterati attributed MIs’ win to her prayers, many wondered who she was. Actor Abhishek Bachchan confirmed her identity in one of his tweets back then, saying, “That is Mrs. Ambani’s mother. Popularly referred to as ‘nani’. The lucky charm (sic).”

Since then, Purnima has earned the moniker, ‘Prayer Aunty’.

Now, having spotted her at IPL2020, MI’s Twitterati fans put up some witty captions.

“Prayer Aunty is in the stadium. Let’s see who is gonna stop us from winning the title this time (sic),” tweeted one.

“Prayer aunty seen in the stands....mumbai is winning for sure@amanraj208 (sic),” posted another.

This is the sixth time the MI team has reached the IPL final.