No laughing matter for India in tired Sri Lanka 'rivalry'

BCCI said the latest series, an underwhelming prospect for fans, was unavoidable as it had to honour its commitment to the calendar. 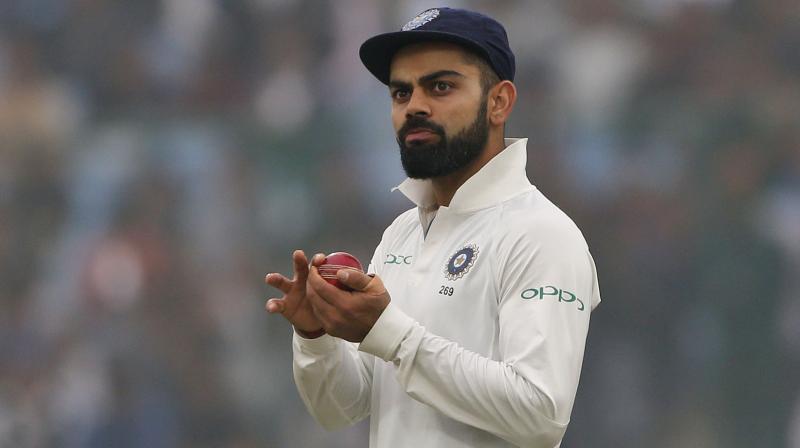 Indian captains seldom talk about scheduling issues but Virat Kohli has expressed concerns that the frequency of certain contests might result in plenty of empty seats in the stands. (Photo: AP)

New Delhi: The humorous observation that India and Sri Lanka’s cricketers see more of each other than their respective partners appears to have taken a more serious tone with the Indian board accepting that an overdose of the one-sided rivalry is bad for cricket.

Three months after subjecting Sri Lanka to a 9-0 whitewash across all formats, Virat Kohli’s men prevailed 1-0 in the latest round of a duel between the neighbours to seal their record-equalling ninth consecutive Test series win.

Three of those triumphs have come against an unsettled and inexperienced Sri Lankan side in the throes of a tricky transition period following the retirements of batting stalwarts Mahela Jayawardene and Kumar Sangakkara in 2015.

India’s six other series wins in this period includes home triumphs against South Africa, New Zealand, England, Bangladesh and Australia, as well as a victory over West Indies in the Caribbean.

While it makes financial sense for Sri Lanka to play India, the game’s economic engine, the home board (BCCI) said the latest series, an underwhelming prospect for fans, was unavoidable as it had to honour its commitment to the calendar.

“The back-to-back series resulted from what had been committed in the past in the current FTP (Future Tours Programme),” BCCI acting secretary Amitabh Choudhary told reporters on the sidelines of the third and final Test in Delhi.

“The observation of the captain of the team will be a substantial basis of further discussions on FTP.”

Indian captains seldom talk about scheduling issues but Kohli has expressed concerns that the frequency of certain contests might result in plenty of empty seats in the stands.

“It definitely has to be taken into consideration because you don’t want fans going away from the game or not watching,” Kohli said ahead of the back-to-back series against Sri Lanka, who have managed only one win in the last nine Tests against their neighbours.

“We have to find a balance between how to engage the fans and, at the same time, keep players fresh, keep cricket exciting and have very competitive going throughout the year.”

India also played five one-dayers in Sri Lanka this year, against an opponent containing many regulars in the Indian Premier League (IPL).

“This analysis has to be done over a period of time, by asking fans who watch the game,” Kohli said.

”For someone watching the game, it is very different than someone playing the game. For us, there is no room for saying that I don’t want to play this game.

“I don’t know if too much cricket is being played, or (it‘s) repetition of the same series... That point will definitely be discussed (with the Indian board) in future.”