The Ashes: Starc, Hazlewood clean up England as Aussies go 2-0 up

Left-armer Starc ripped through the tail to finish with five for 88. 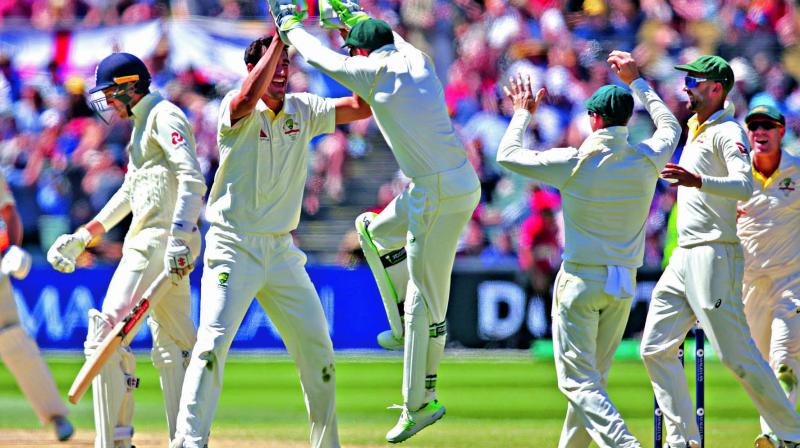 Adelaide: Pacemen Mitchell Starc and Josh Hazlewood spearheaded Australia to a crushing 120-run win in Adelaide on Wednesday leaving Ashes holders England trailing 2-0 and on the verge of losing the five-Test series.

Hazlewood snuffed out England’s hopes of a miracle victory when he claimed the key wicket of captain Joe Root in the third over of the final day of the first-ever day-night Ashes Test. Left-armer Starc ripped through the tail to finish with five for 88 and bowled Jonny Bairstow to clinch victory 15 minutes from the end of the first session.

England now face the prospect of losing the series in next week’s third Test at Perth’s WACA Ground where they have not beaten Australia since 1978. “It’s always tough coming back from 2-0 down, particularly when you’re away from home,” Smith said.

“You’re only one or two bad sessions away from the series, really. We have to be confident, doing the basics well and just backing up day-in and day-out.”