Alam is one of the two changes Pakistan selectors have made from the 16-man squad that lost the two-test matches against Australia. 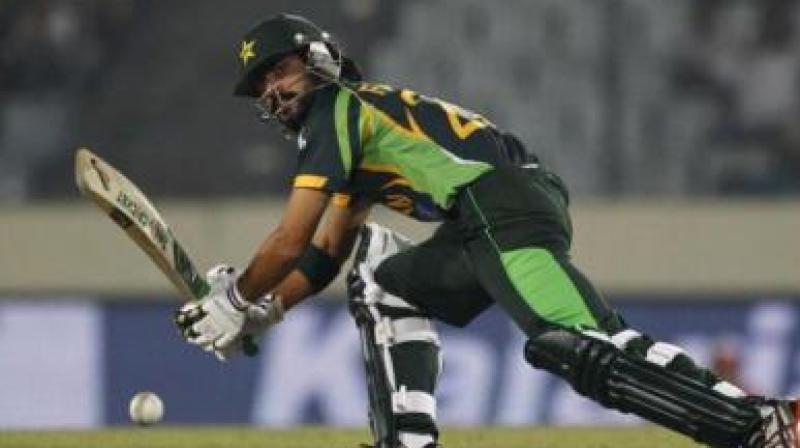 Pakistan has recalled 34-year-old middle-order batsman Fawad Alam for the first time in 10 years for the test series against Sri Lanka. (Photo: AP)

Islamabad: Pakistan has recalled 34-year-old middle-order batsman Fawad Alam for the first time in 10 years for the test series against Sri Lanka.

Chief selector and head coach Misbah-ul-Haq said Saturday that the left-handed batsman was selected because of his recent prolific scoring in domestic cricket.

The series, which is part of ICC's World Test Championship, starts at Rawalpindi next Wednesday. Karachi will host the second test from Dec. 19-23.

Alam last played a test match against New Zealand at Dunedin in 2009, eight months after a terrorist attack on the Sri Lanka team bus at Lahore that shut the doors of international cricket on Pakistan. Alam scored a century in his debut test against Sri Lanka in July 2009 and has scored over 12,222 runs in a 16-year first-class career at a healthy average of 56.84.

Alam is one of the two changes Pakistan selectors have made from the 16-man squad that lost the two-test matches against Australia.

"Our thinking is that we need consistency in the team and that's the reason we didn't make a lot of changes for the series against Sri Lanka," Misbah said.

"There should be continuity so that players get confidence. We made changes where we feel it's necessary."

"The perspective is that it's a one-man show," Misbah said.

"I think there should be clarity on this, there are six selectors who closely watch players in domestic cricket and also do work with the players on their technique. They know all the minus and plus of these players very well and my prime job is the head coach."