Ravi Shastri believes that the team are one of the most confident sides in Indian cricket history. 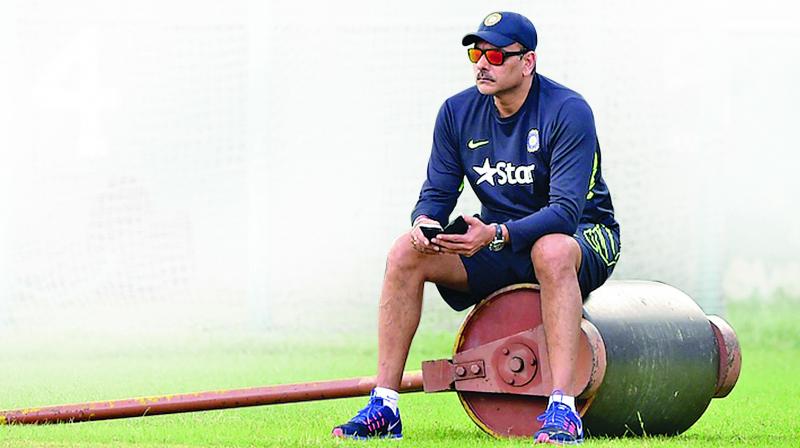 Bengaluru: With an unbeaten Test run dating back to August 2015 coupled with three ODI series wins, India have been an immovable force over the last couple of years in world cricket. An evolution that has seen the side emerge once again as world-beaters.

Having worked closely in creating this formidable outfit, former technical director of the team, Ravi Shastri, believes that the team are one of the most confident sides in Indian cricket history.

“No question about it. They have put in a lot of hard work in achieving that. They have good bench strength, they have balance and players who are exciting. They have youngsters coming up the ranks and it’s a good position to be,” said Shastri on the sidelines of a promotional event here on Tuesday.

With Virat Kohli’s side, unbeaten in the last 18 Test matches that include 14 victories, set to take on Bangladesh in a one-off Test in Hyderabad, the 54-year-old former all-rounder felt that, while still in a learning curve, the visitors could not be taken lightly.

“They have made rapid strides in the shorter formats of the game. But a Test is a Test and I’m sure this will be a test for them. India won’t take them lightly and they will put their best foot forward. The way India have been playing in the last couple of years, they will not take any prisoners,” Shastri remarked.

‘Bangla lack experience’
“Experience. That’s what Bangladesh will gain (from this). That’s what they lack. They are very good in the one-day game because the attention span is not that long and you don’t have to concentrate for that long. What they lack in Test is, they have the skill to be very good in a session or two but not over two or three days for them to win or dominate the Test. That will be their test. There is no doubting their talent or passion for the game,” he stressed adding that the forthcoming series against Australia, which starts later this month, would be a good one.

“It will be a good series. They will be little more aggressive than England. But India in India, we know how good they are. If the ball turns, which I see doing in quite a few venues, then Australia will have to bring their ‘A’ game otherwise they will be no different from England,” he signed off.

On KL Rahul
You have to be patient with him. He’s got something special. He is a serious talent. You need to give him time. I think Rahul has to understand his own game, which he is doing now. It’s when he tries to be somebody else when the problem starts. If he understands his game and plays to his strengths, which I see happening very soon, he’s got tremendous potential.

On Karun Nair
No one expected (him scoring over 300 on his Test debut). How many 300s have we got? Even the great man hasn’t got one. It’s only Viru (Virender Sehwag) who has two. No other Indian has one. So to say we are not surprised would be a lie. We were surprised, but pleasantly so, in the way he swept England out of Chepauk. You can’t have a better start than that. He’s got a heads tart and its up to him to take it from there.