India vs Bangladesh: Ajinkya Rahane comes in for Karun Nair 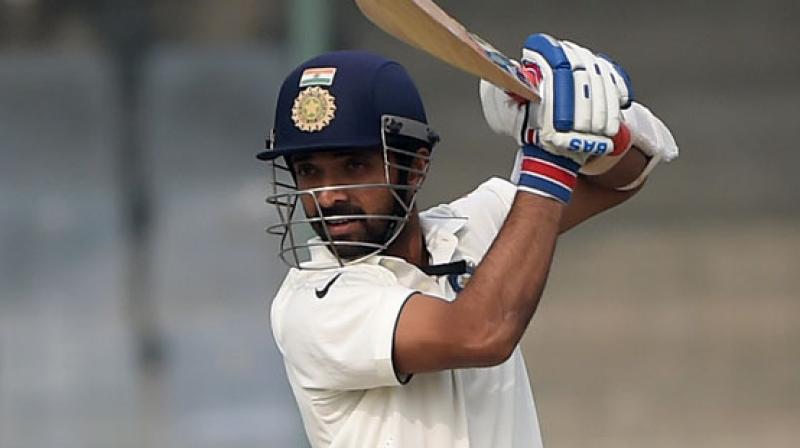 Ajinkya Rahane has not played a Test since his injury during the India-England series in December. (Photo: AFP)

Hyderabad: Skipper Virat Kohli has announced that the Karun Nair will be replaced by Ajinkya Rahane in the Indian team for the Test match against Bangladesh.

Karun was drafted into the Indian Test team after Rahane got injured ahead of the fourth Test against England in Mumbai last year. While the Karnataka batsman could not score many on his debut Test, he went on to score a triple hundred in the Chennai Test that followed.

With the triple ton, Karun also became only the second Indian, after Virender Sehwag, to notch up a triple hundred in Tests.

While Karun can consider himself unlucky, Rahane’s inclusion in the side was justified by skipper Kohli.

"See, I feel one game doesn't overshadow two years of hard work from another player," he said. "You need to understand what 'Jinx' (Rahane’s nickname) has done for the team over the past two years. He averages almost 50 in the format and he is probably most solid batsman in our team in the Test format."

"Karun was stepping into his (Rahane's) shoes and what he did was remarkable, sealing his spot as far as the squad is concerned. That was something that Karun did. As I said you can't overlook Ajinkya's two years of hard work on the basis of one Test match. He (Rahane) deserves to walk back into the team whenever he got fit. That's my take on it," said Kohli as he ended speculation on who will bat at No.5