The mood at the press conference, where Gambhir was presented as the skipper, his second stint with the team, was certainly buoyant. 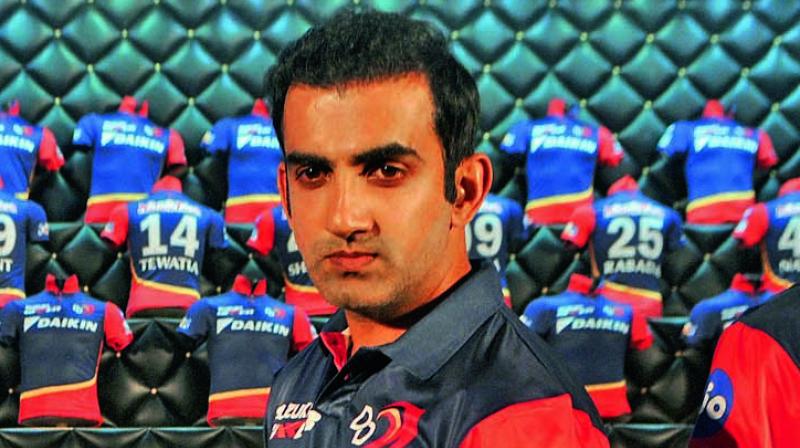 New Delhi: One can’t find faults in Delhi Daredevils’ endeavours to break their IPL duck. Over the years the franchise has adopted various strategies to win, buying fading stars at astronomical amounts to hiring Rahul Dravid as coach, failing to get to the final even once.

This year they have literally returned to their roots in hope of overturning past form, keeping faith in several home-based players, Gautam Gambhir, who was named skipper on Wednesday, most prominent among them.

Gambhir will lead a squad that boasts of domestic talents like Rishabh Pant, Jayant Yadav, Amit Mishra, Mayank Agarwal, Shreyas Iyer, Naman Ojha and Manjot Kalra, fresh from his match-winning century in the Under-19 World Cup final against Australia, along with overseas stars such as Glenn Maxwell, Dan Christian, Trent Boult, Kagiso Rabada etc, giving the squad a balanced look.

But even with formidable squads at their disposal, they have flattered to deceive every time. So can the narrative be any different his year?

The mood at the press conference, where Gambhir was presented as the skipper, his second stint with the team, was certainly buoyant.

“It is a huge honour to captain Delhi once again. I believe that with the team has the makings of a very good side,” Gambhir, who returns to lead the franchise after eight years, said.

“The potential of this group of players is immense and it is now up to us to turn it into consistent performances. It is also going to be great to work with coach Ricky Ponting,” he added.

DD’s chief executive Hemant Dua was bullish about Gambhir’s aggressive style of captaincy aiding the team’s charge towards glory after shelling out `2.8 crore for his services. “He was the second highest scorer during the last IPL. But he also a leader, so the appointment was an easy choice,” he said.

The 36-year-old led Kolkata Knight Riders to two IPL triumphs during a seven-year stint but wasn’t retained by the franchise this year.

Delhi have a fair share of “big name” players this year but Gambhir said the team will be chosen on the basis of players performances rather than reputation or hefty price tags. “It’s not about price tags. The only thing in a player’s hand is to perform for the team. That’s what’s going to keep him in the side. The price tag is not in a player’s hands.