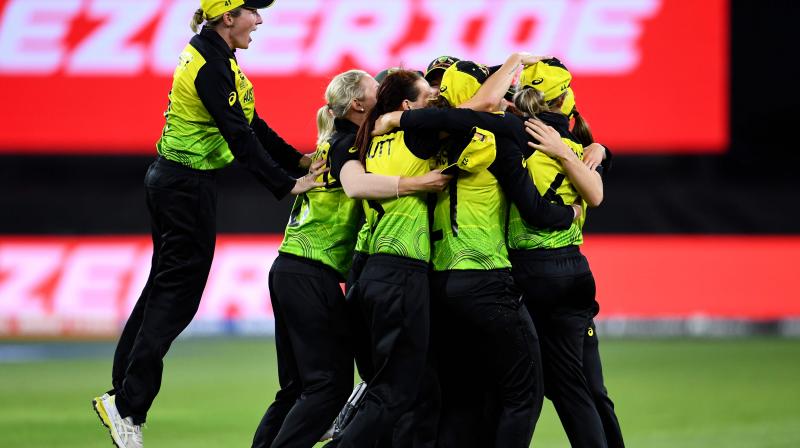 Australian players celebrate after a victory against India in the Twenty20 womens World Cup cricket final match on March 8, 2020(AFP)

Alyssa Healy smashed a quick-fire 75 and Beth Mooney an unbeaten 78 as the defending players plundered an ominous 184 for four the highest score ever in a women's T20 final.

Opting to bat, Australia rode on blistering half-centuries by openers Alyssa Healy (75) and Beth Mooney (78 not out) to post 184 for four before their bowlers, led by Megan Schutt (4/18) and Jess Jonassen (3/20), put up a disciplined effort to win their fifth title.

Chasing a challenging target, India, featuring in their maiden final of the tournament, couldn't handle the pressure and were bundled out for 99 in 19.1 overs.

To add to India's woes, wicket-keeper Taniya Bhatia retired hurt in the second over after getting hit on her helmet of the bowling of left-arm spinner Jess Jonassen.