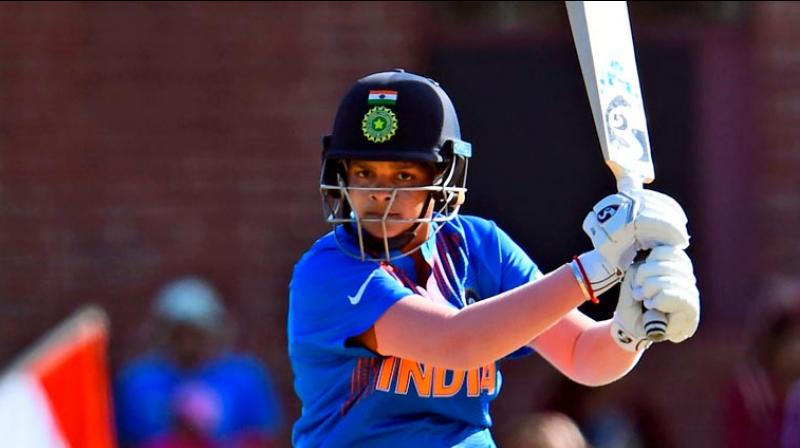 Melbourne: 16-year-old Shafali Verma on Sunday scripted history as she became the youngest player ever (female or male) to play the World Cup finals across both 20-over and 50-over formats.

Shafali has taken the accolade to her name at just 16 years and 40 days old. The record was previously held by West Indies' women's cricketer Shaquana Quintyne when she played the ODI World Cup final in 2013 at an age of 17 years and 45 days old.

In the finals between India and Australia, the latter won the toss and opted to bat first. Both teams opted to go for an unchanged playing XI.

The youngster has lit up the tournament with her batting performance and has so far registered 161 runs, with the highest being 47 against Sri Lanka.

These efforts have allowed Shafali to reach the number one spot in the ICC Women's T20I batting rankings.

India has entered the finals being the only undefeated side in the ongoing tournament.

It is the first time, that India has managed to reach the finals of the tournament, and the side would be playing in front of more than 80,000 people at the Melbourne Cricket Ground (MCG).

On the other hand, Australia has won the T20 World Cup four times. They are the only team in the history of the tournament to reach the knock-out stages in every edition.