Younis Khan has scored 9,977 runs in 115 Test matches, the highest run-aggregate for a Pakistani batsman in Test cricket. 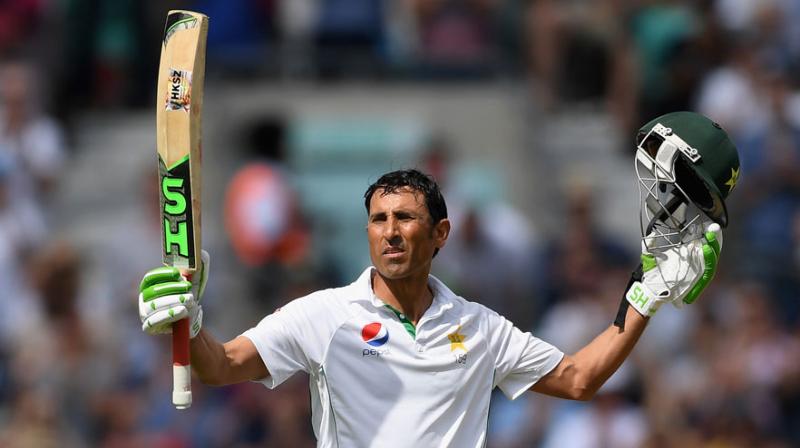 Karachi: Just two days after Pakistan Test skipper Misbah-ul-Haq announced his retirement from international cricket, veteran batsman Younis Khan too has confirmed that the upcoming three-match series against West Indies beginning April 22 in Barbados will be his last.

The 40-year-old made the formal announcement about his retirement in a press conference today.

"I would like to formally announce that [my retirement] after this next series against West Indies and thank everyone for their continuous support in my journey," the Dawn quoted Younis as saying.

Thanking his fans for their love and support, Younis insisted that he has always tried to take his country's name forward by performing to the best of his ability.

"I have always tried to take the country's name forward and always go one step ahead. I think everyone around me knows that my goal has been to do my best for the country. I would like my fans to forgive me for any shortcomings in my career or times where I have not been able to deliver in the ground," Younis said.

Younis, however, ruled out that his retirement might come as a shock to anyone, saying that the news regarding the same has been circulating for a while.

"This does not come as a surprise, the news has been circulating for a while so everyone was expecting it; I don't think this comes as a shock to anyone," he said.

Over the 17-year span of his career, Khan has been a hugely successful batsman. One of his major achievements was leading the Pakistan side to a win in the 2009 T20 World Cup.

With a Test average of over 50, a triple-hundred, a double-hundred against India and a memorable partnership to guide Pakistan's 3-0 Test series win against England: Younis's career speaks for itself.

Younis is just 23 runs short of becoming the first Pakistan batsman to reach 10,000 Test runs. He has 9,977 runs in 115 Test matches, the highest run-aggregate for a Pakistani batsman in Test cricket.

In January, Younis also became the first cricketer in Test history to score centuries in 11 countries when he smashed his 34th hundred in the third Test against Australia at the Sydney Cricket Ground (SCG), tying him with Sunil Gavaskar, Mahela Jayawardene and Brian Lara in the all-time list at 6th place.