India takes on Proteas in their opening game of the tournament on June 5. 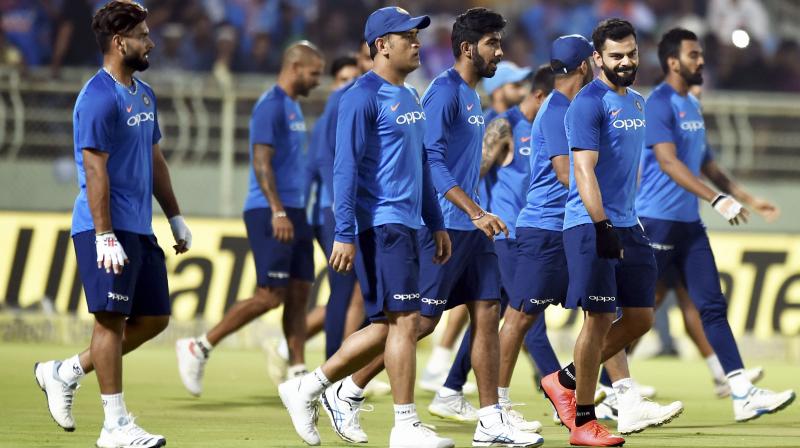 Cricket World Cup 2019 will be played from May to July this year in England and Wales. (Photo: PTI)

New Delhi: India's World Cup squad will be announced on April 15 in Mumbai, the Board of Control for Cricket in India (BCCI) said on Monday.

According to the guidelines issued by the International Cricket Council (ICC) for the World Cup, "every team has to announce their final squad on or before April 23. The teams, however, can make any changes to the final squad of 15 at least seven days prior to the tournament."

Earlier, teams used to announce a 30-players probable list two months before the tournament, but under the new members playing agreement which came into effect in 2016, the teams do not need to follow this practice.

Cricket World Cup 2019 will be played from May to July this year in England and Wales.

England and South Africa will lock horns with each other in the opening game of the tournament.

India takes on South Africa in their opening game of the tournament on June 5.