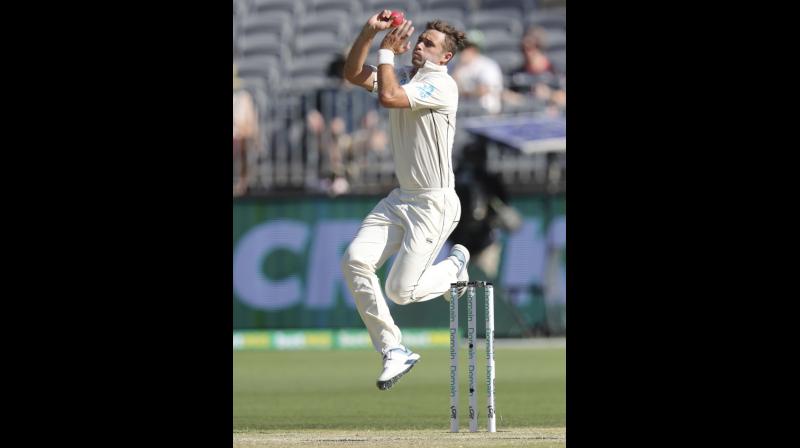 "Tim Southee headed off several players in a very close voting result before ultimately securing his second The Players' Cap with a compelling series against India at home," the New Zealand Players' Association said in a statement.

Southee, who was player of Test series with 14 wickets in the two-match rubber earlier this year, joins Kane Williamson and Ross Taylor as multiple winners of the award.

Daniel Vettori presented the cap to Southee and said that "Tim has had a remarkable year and is a truly deserving recipient of this award".

The awards were presented online as all events have been cancelled or postponed due to the Covid19 pandemic.

Devine's award is her third consecutive.

NZCPA Board member former White Fern Rebecca Rolls announced the 2020 recipient to the team, stating "it is a real honour to be able to present this award to such a deserving recipient in Sophie."

The third CPA Players' Award bestowed on Devine by her teammates places her alongside Williamson's three-peat (2015-2017) and is a "fitting reflection of the contribution she has made to the White Ferns team."