Sports   Cricket  08 May 2019  Jhye Richardson ruled out of World Cup due to injury, Kane Richardson replaces him
Sports, Cricket

Richardson had been viewed as an exciting prospect in England looking at his pace and swing. He has taken 26 wickets in his first 12 ODIs. 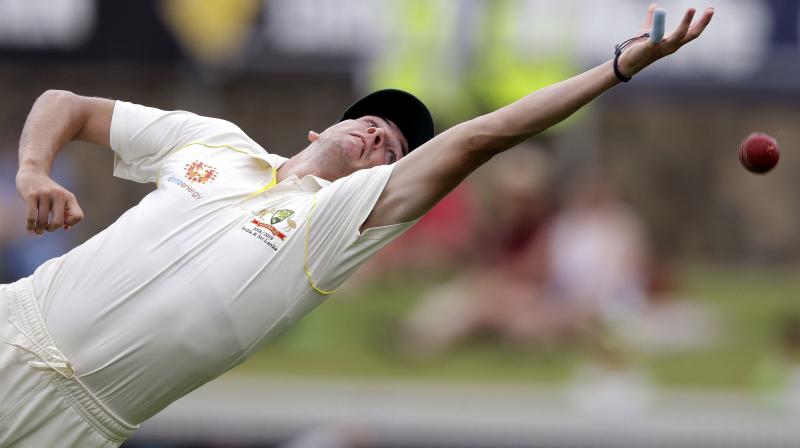 Australia takes on Afghanistan in their first match of the World Cup on June 1 at Bristol. (Photo: AP)

Melbourne: Australia's fast bowler Jhye Richardson has been ruled out of the ICC Men's Cricket World Cup due to a dislocated shoulder.

Kane Richardson was announced as his replacement for the upcoming tournament on Wednesday.

"This is obviously very disappointing news for the team and for Jhye, who has been exceptional throughout his rehabilitation," cricket.com.au quoted team physiotherapist David Beakley as saying.

"After his most recent assessment and attempting to bowl in the nets, it was clear that Jhye was not progressing as fast as required and therefore, in consultation with selectors, we made the decision to withdraw him from the squad. Jhye will continue with his rehabilitation and we will look to resume bowling in the coming week," he added.

Richardson had been viewed as an exciting prospect in England looking at his pace and swing. The player has taken 26 wickets in his first 12 ODIs.

The player was a part of the team's squad in the recently concluded limited-overs series against India and Pakistan. And with this selection for the World Cup, he will join the likes of Pat Cummins, Mitchell Starc, Nathan Coulter-Nile, Jason Behrendorff to bolster the fast-bowling department.

The team will take on England and Sri Lanka in the two warm-up matches before the World Cup on May 25 and 27.

Australia takes on Afghanistan in their first match of the World Cup on June 1 at Bristol.