Sports   Cricket  08 May 2019  Spinning his way to the World Cup
Sports, Cricket

Spinning his way to the World Cup

One of RCB’s best bowlers, Yuzvendra Chahal, has not just entered the 100 wicket club in the IPL but has also made it to the prestigious WC squad. 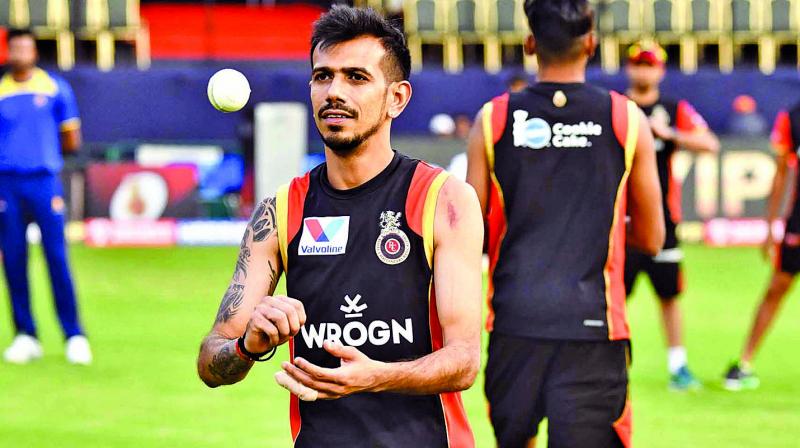 He’s had a rollercoaster of an IPL this year with RCB, but that hasn’t dimmed his love for the team or for nammooru. Spinner Yuzvendra Chahal, one of RCB’s best bowlers is someone who’s now entered the 100-wicket club in the IPL. While the team ended up in the last position on the points table, thanks to some dismal performances, they finished on a high note by defeating SRH in a thrilling game. However, Yuzi has a major reason to cheer as he’s made it to the Indian World Cup Squad this year.

“Being selected for the World Cup is obviously an amazing feeling. Everyone wants to play for the country and I’m excited and feeling positive about it. My family is extremely happy and I’m the first one from our circle to be chosen for the WC, so it’s great. I was focusing solely on the IPL till now and now it’s time to think about the World Cup,” he smiles.

As for his favourite haunts in the city, Yuzi usually frequents Splash or UB City, but reveals that now he hardly gets time to hangout in the ooru.

Talking about RCB’s six consecutive losses,followed by a bunch of wins, he says, “After those losses, we decided to believe in ourselves more. The first six games, we kept losing, but in the second half we were like - this is not us. We wanted to back ourselves and play like one team,” he says.

While the squad found great relief when Proteas bowler Dale Steyn made an entry, their glee was short-lived as the fast bowler had to return home due to a shoulder injury. “Steyn is legendary — he’s mature, experienced, bowls 140 plus kphand watching him and playing with him is a good experience for young bowlers like Siraj and Umesh. He definitely made our bowling strong,” states Yuzi.

Ask him what was on his mind during the final over of the RCB-CSK game and he says, “Getting 26 from one over is difficult but only Mahi bhai can do what he did. He played a superb innings - very rarely do you get to see something like that, but Umesh’slast ball saved us,” says the spinner, who mentions Moeen Ali as someone who stood out with his contribution this season.

2019 being his sixth year with RCB, Yuzi feels a special connection with the franchise. “In 2014, when I was picked by RCB in the auction, I never thought I’d play for the team for this long. I’ve been here for six years and this is the only franchise I want to play for as long as possible. This team has given me experience,” says the bowler, who gives a special mention to RCB’s fans. “Whether we win or lose, they support us. I really love Bengaluru — I want to say thank you so much for supporting us and I know you will be there when I’m playing for India too. We need you fans always — you are our main strength,” he adds.