The explosive opening batsman posted his ninth century in one-day internationals and reached the milestone in bizarre fashion. 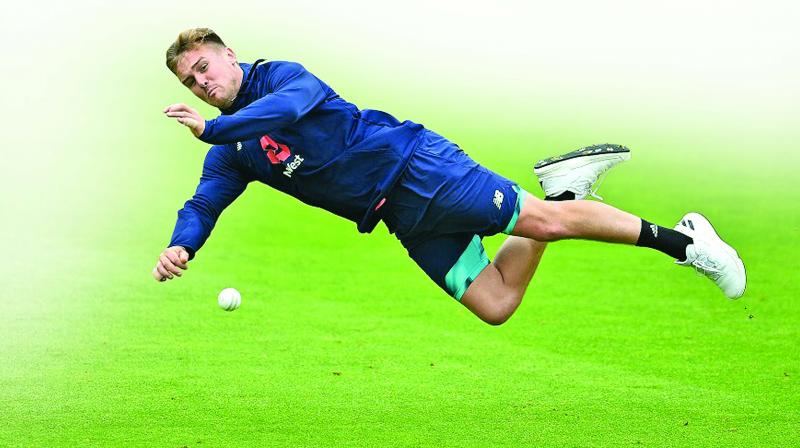 Cardiff: Jason Roy smashed an umpire to the ground and Bangladesh's bowlers to all corners of Sophia Gardens in his 121-ball 153 to lead England to a tournament-high 386-6 at the Cricket World Cup on Saturday.

The explosive opening batsman posted his ninth century in one-day internationals and reached the milestone in bizarre fashion. Watching the ball dribble for four because of a misfield, Roy - jogging leisurely between the wickets - accidentally ran straight into unsuspecting West Indian umpire Joel Wilson.

A shaken Wilson took a while to get to his feet, as England's players looked on from the balcony of the team's dressing room with laughter and then in apparent concern. A doctor came onto the field to carry out a concussion test on Wilson, who was deemed OK to continue.

Roy carried on his assault on the Bangladesh attack, bringing up his 150 with three successive sixes - one going 97 meters, over the longest boundary - before attempting a fourth and miscuing Mehedi Hasan to cover.

It was the second-highest World Cup score by an England batsman, falling just short of Andrew Strauss' 158 against India in 2011, and the biggest so far at this tournament.

Jos Buttler picked up the mantle on a blustery day in Cardiff, the highlight of his 64 off 44 balls being a straight, soaring six that went out of the ground, through the trees and toward the River Taff running parallel to Sophia Gardens.

He also slapped a six over long-on before holing out to Soumya Sarkar on the boundary rope the very next delivery.

Buttler walked off the field gingerly, having appeared to hurt his right hip as he sprinted a single midway through his salvo.

Jonny Bairstow (51 off 50 balls) and Eoin Morgan (35 off 33) also weighed in as England topped the 348-8 made by Pakistan against the English at Trent Bridge on Monday. Pakistan went on to win that game, putting pressure on the tournament hosts heading to the Welsh capital.

They have responded in style, with England's best World Cup score and a third total in excess of 300 by a deep and powerful batting lineup that Bangladesh couldn't tame. There were 14 sixes and 28 fours in total.

It will require a record chase at a World Cup, beating Ireland running down England's 327 in the 2011 edition, if Bangladesh is to make it two wins from three games this tournament.