He was a maestro, he was magical 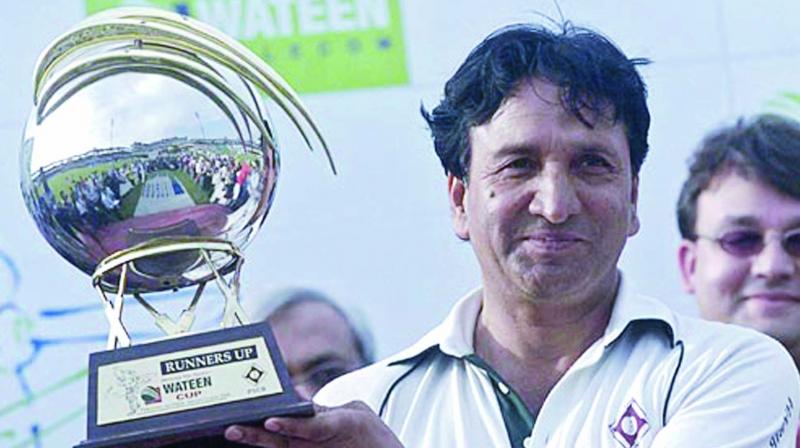 A file photo of Abdul Qadir

Abdul Qadir’s bobbing, swaying bouncing run up was arguably the most riveting spectacle in cricket from the mid 1970s through the 1980s. It was unusual and played out to a distinctive rhythm.

Qadir took barely 8-9 steps to reach the wicket, but to watch him bowl was like being at an opera where he was lead performer, with fielders making up the support cast and chorus.

However, it was not just his off beat bowling style that marked Qadir out as extraordinary. Each delivery was loaded with drama, suspense and a sense of anticipation that would grip onlookers and fill batsmen facing him with deep apprehension.

Imran also claimed that had Qadir been playing today, with DRS available, he would have taken as many wickets as Shane Warne.

The second part of Imran’s tribute is open to speculation but in pronouncing Qadir as ‘genius’, however, Imran would find no dissent from any quarter. Not even Warne who acknowledges that he was inspired by Qadir, and also gained valuable insights from him when they met.

Statistics do not reflect Qadir’s brilliance adequately. Particularly those who played with and against him aver he was special. I was once given a master class on the nuances of leg-spin by him, ironically when he had been dropped from a match.

This was in Bangalore during the final Test of the 1987 series. He had been sidelined and left arm spinner Iqbal Qasim played instead. On the rest day, I met Qadir in his hotel. He was still grumpy that captain Imran Khan hadn’t trusted him on the dustbowl. He then picked up a cricket ball to show how he would have bowled on that spiteful pitch.

Gripping the ball in different ways, demonstrating how he would cock the wrist to achieve all kinds of trajectories and angles with the orb, and how this would play out in the middle against which Indian batsmen, Qadir seemed to have plotted out Pakistan’s victory thoroughly.

Except, of course, that he wasn’t playing! “Imagine keeping me out of this match, on this pitch?” he fumed.

As it happened, Qasim and Tauseef Ahmed won the match for Pakistan, justifying Imran’s decision, but that’s another story.

For the most, though, Imran not only trusted Qadir’s ability, but was instrumental in building him up into a formidable player, a potent warhead in an other pace-dominated attack and which made Pakistan the real challengers to West Indies’s hegemony in the 1980s.

Intriguingly, before Qadir arrived leg-spinners — who feature ahead of off-spinners and left-arm spinner in the list of 200+ Test wicket takers — had gone into decline in post-War cricket.

In 1950s, 60s, and 70s the major practitioners of this skill were hardly five: Sonny Ramadhin, Subhash Gupte, Richie Benaud and the high unorthodox Bhagwat Chandrashekhar. There were some others too, but hardly made a mark.

It would take a treatise why this decline should have set in specially since leg-spinners have always been known to be wicket-takers and matchwinners.

Essentially, I think it was because of a defensive mindset that pervaded the sport in these decades. Leg spin is a difficult skill to master. Without good control, such bowlers can be expensive, and so were thought to be a liability.

This was compounded by the fact that placid wickets became commonplace, captains were unwilling to take risks, preferring draws over possible loss.

For leg spinners to bloom, helpful pitches is only part of the incentive. The bigger issue is how much faith captains can repose in them and use them as attacking bowlers with the requisite attacking field placing.

The Australians were generally good at this, but leg spinners were languishing Down Under too. It took Imran to transform the scenario by punting on Qadir in the 1980s, who in turn breathed new life into leg spin bowling.

In his wake came Warne, Kumble, McGill and Kaneria — high quality leg spinners — in rapid succession. The revival had started and cricket became the richer for it.

Leg spinners abound today, even in T20 cricket, and their proliferation can be traced back to Qadir’s success in his heyday.

He made it sexy again, not just because of his ‘hip hop’ run up, but how he teased and tormented the best batsmen, made them dance to his tune, as it were. He was a maestro, he was magical, he will be missed. RIP.