Sports   Cricket  08 Oct 2017  India vs Australia, 1st T20: Players of both teams left confused over use of DRS
Sports, Cricket

India vs Australia, 1st T20: Players of both teams left confused over use of DRS

India defeated Australia by nine wickets in the first T20 via Duckworth-Lewis method. 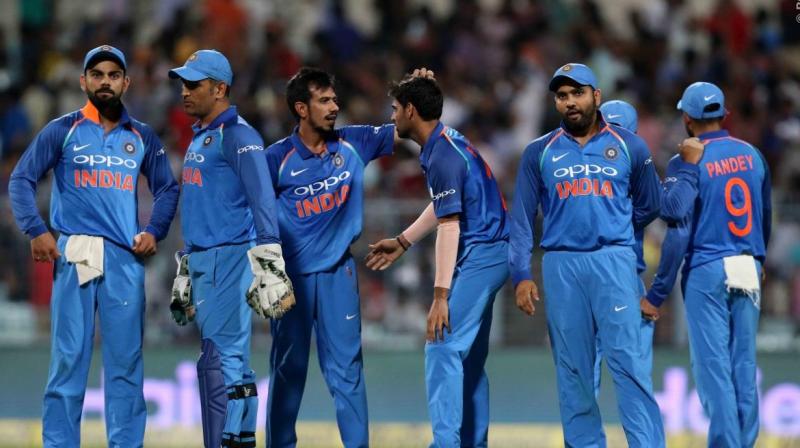 According to ICC's new playing conditions for shortened games that came into effect on September 28, DRS would now be used in T20Is in addition to Tests and ODIs.(Photo: BCCI)

Ranchi: Both the Australian and Indian team players on Saturday expressed confusion over ICC new playing conditions after the conclusion of the first T20 between India and Australia. ICC revised playing conditions, including the inclusion of DRS in T20s , had come into effect from the ongoing series onwards.

Australian opener Aaron Finch said it was strange that the rules were "mixed and matched" for the T20I series, while his Indian counterpart Shikhar Dhawan too admitted of being "unaware" of the changes.

According to ICC's new playing conditions for shortened games that came into effect on September 28, DRS would now be used in T20Is in addition to Tests and ODIs.

The rules also state if a game is reduced to less than 10 overs, the maximum quota of overs per bowler shall not be less than two: meaning in a six overs' match three bowlers will be able to bowl two overs each.

But only Nathan Coulter-Nile bowled two overs while Jason Beherendoff, Andrew Tye, Adam Zampa and Dan Christian sent down one over each during India's 48-run chase in six overs in the rain-curtailed match here on Saturday.

Finch said: "I didn't know there was a review system until about the fifth over. Nobody did until Steve Smith mentioned it when he ran out a drink.

"So, we had to ask the umpires. But it is quite strange to have a crossover of rules for this series. I mean bat sizes and things like that are coming in at the end of the series.

"The over situation with a shortened game – three bowlers being allowed to bowl two overs -- but DRS was in for this. It didn't have any effect on the game. I just thought it
was quite odd to have mixed and matched the rules for this series," he said.

Dhawan too seemed confused about the rules.

"I'm sure they (Australia) would have felt the inconsistency. But it's the rule afterall. I'm not exactly aware of the rule you were talking about. But, it is what it is," he said at India's post-match news conference.