India drew the four-match series 1-1, only the third time they avoided defeat Down Under, winning the second Test at Adelaide by four wickets. 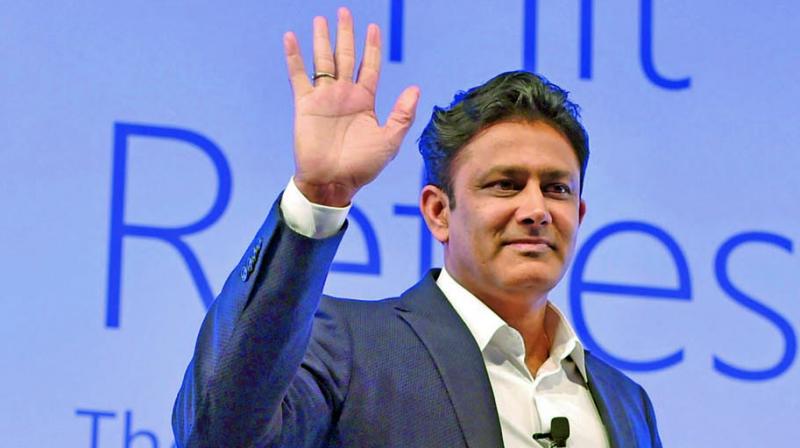 India drew the four-match series 1-1, only the third time they avoided defeat Down Under, winning the second Test at Adelaide by four wickets.

The match is best remembered for Rahul Dravid’s 233 and unbeaten 72 in the two innings, his 303-run fifth wicket partnership with V.V.S. Laxman (148) in the first innings setting the platform for the famous victory, but Kumble’s 5/154 off 43 overs in the first innings was also handy.

Kumble was kept out of the first Test team only to be recalled for the second.

His five-for bowled out Australia for 556 on Day Two, after they resumed overnight at 400/5, paving the way for India’s spirited reply of 523. Australia were bundled out for 196 in their second innings, Kumble picking up 1/58 in 17 overs, Dravid then led India across the finish line in a tough fourth innings chase of 230 runs.

Murmurs about his age and form evaporated after the match, prolonging Kumble’s career till 2008 and 132 Tests, 619 wickets making him India’s most successful Test bowler.

“The one moment that changed my career, which was at a crossroads so to speak was the 2003-04 series in Australia,” Kumble said in a conversation with Microsoft CEO Satya Nadella regarding the latter’s book Hit Refresh — The Quest to Rediscover Microsoft’s Soul and Imagine a Better Future for Everyone here on Tuesday.

“I was competing for a place in the XI. And in cricket after you cross 30 people start to ask questions about your future. So, that was the question asked and for me that time I got the opportunity to play at Adelaide.

“We had drawn the first Test as Brisbane, which is a rarity, when you go from the sub-continent. Australia had batted first, were 400/5 after Day One, and I had 1/100 off 30 overs.  So I went back to my room and thought now I need to do something different. I thought of bowling a different type of googly,” he recalled.

“The following day, I set fields for an off-spinner rather than a leg spinner and you had to set defensive fields because Australia has already reached 400. And I picked up a five-for and we won the Test match.

“That’s when I realised that this is what I lack, I can only be what I can be and enjoy being so. I accepted certain failures and realised that I cannot be on top of my game every day. That was my ‘hit refresh’ moment.”

The former India skipper and coach also picked India’s come-from-behind 2-1 home victory against Australia in 2000-01 and their 1983-World Cup win as the sport’s two defining moments in the country.

“The 2000-01 victory, which I couldn’t take part due to injury, made us realise our potential and possibly understanding that no matter the situation we can still go out and do your best.

“Again in 2002 England series, batting first and scoring 600 plus runs at Headingley boosted our confidence,” he said, also discussing the influx of technology in sports, reminiscing about his first encounter with stump microphones, the first advent of electronic components in cricket.