Defensive play is anathema to T20 and dot balls a crime

Unlike many of them, however, Kohli’s ambition comes without disguise. 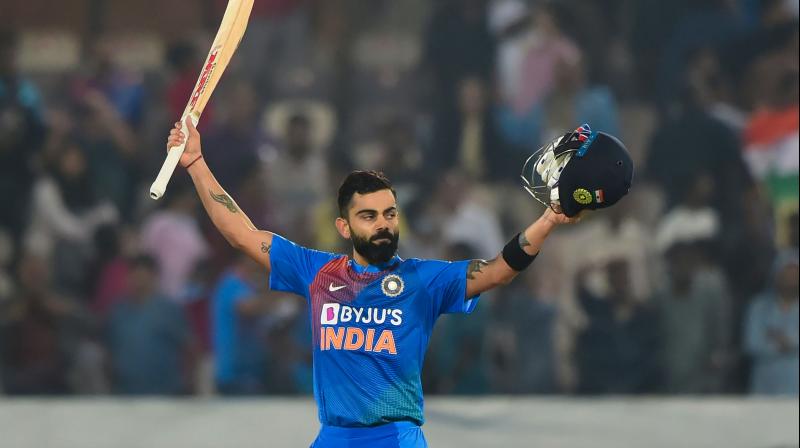 India pulled off an exhilarating win over the West Indies in the first T20 match of the series. Chasing a target in excess of 200 is never easy, even with the advantage of playing in home conditions. That Virat Kohli’s team did this with consummate ease was admirable.

The captain himself played a stellar knock to take the team victory. He is not renowned for big strokes, but on Friday night Kohli peppered the scorecard with half a dozen hits over the boundary, of which at least two were simply breathtaking.

His dazzling strokeplay earned Kohli hosannas from all quarters, none better than this tweet from teammate Ravichandran Ashwin: “The kind of show @imVkohli put on last night was extraterrestrial’’.

Ashwin is currently not in the India T20 side, but knows a thing or plenty about this format.

However, it was not so much the quality of Kohli’s batting which was the highlight of the evening for me as his desire to win. His best form with the bat came in the latter half of his innings, but it was how Kohli overcame a somewhat stuttering start that revealed the intensity with which he plays.

The timing was awry for a while. Defensive play is anathema to T20 and dot balls a crime. You can’t just ‘hang in there’, as in the other formats, so risks have to be taken even when the rhythm is lacking. Kohli traversed this tough period cleverly, keeping the runs ticking.

Effective ‘crisis management’ at this stage was important for Kohli personally, as well as the Indian innings after major domo Rohit Sharma had been dismissed cheaply. KL Rahul has had shaky stint in the Indian team in other formats recently and would have been under pressure.

After Kohli the batting lacked depth and also experience. As captain, he had to lead from the front, in scoring runs, but in also sending out the message that surrender was not an option, however difficult the task.This is important from the point of view of dressing room culture.

Kohli covets winning. Logically all players should, else why venture into sports? Unlike many of them, however, Kohli’s ambition comes without disguise.

There are no half measures in how he goes about pursuing this agenda. He does so with determination and aggression. Often, though, the first attribute is overlooked and the second highlighted to a degree of tedium.

When he was younger, his aggression would sometimes display coarseness that could offend. But with age, he has been able to refine and sublimate this instinct. The aggression is hardly ever ‘in your face’ as earlier, but no less potent, and certainly not a whit less.

Because is he naturally combative and consistently plays to win, Kohli also makes similar demand from his team members. It was thought earlier that he was prone to making too many changes in the side, and that regular chop and change was not helping the team.

Results of the past 3-4 years, however, don’t corroborate this. Churning of players is not peculiar only to Indian cricket, but is in fact global and necessitated because of heavy demands made on body and mind. In its most benign it is termed ‘rotational policy’.

This has put physical fitness, form and mental toughness of players from all countries to severe test. Those not able to withstand pressure and deliver became vulnerable. Consider Mitchel Starc playing only in one Ashes Test this summer.

Several Indian players came under scrutiny similarly, leading to some upheavals that were seen as ill-thought policy. As things transpired, it turned out the other way.

That they’ve made superb comebacks after a spell in uncertainty is tribute to their ability and motivation, of course. But this was possible because they had also amended their mindsets to be on the same page as the captain.

Indian cricket looks much stronger for that.