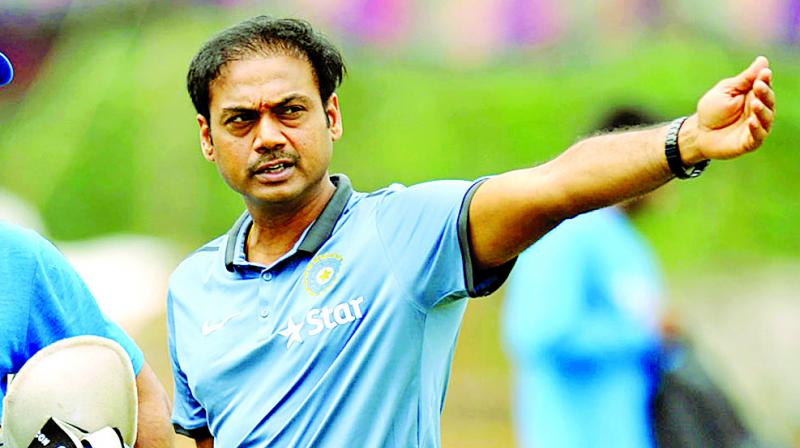 The BCCI selection committee chief, M.S.K. Prasad, faced a lot of criticism when wrist spinners Kuldeep Yadav and Yuzvendra Chahal were drafted into the ODI side in place of the seasoned duo of R. Ashwin and Ravindra Jadeja last year. However, Kuldeep and Chahal have proved to be match-winners at home and abroad alike. In the ongoing South Africa ODI series, the Indian wrist spinners have claimed 21 wickets between themselves in three matches.

Prasad, who watched Ashwin bowl leg-spin against Mumbai in the Vijay Hazare trophy on Thursday, spoke about the “toughest decision” he had to make in his tenure so far.

Excerpts:
What was the toughest decision you had to make since you took over as the chief selector?
I think it’s the decision to bring in two wrist spinners in India’s limited-overs side. There were a few criticisms when they first came in and people thought it was a big gamble. But look at the way they have been performing. They did well at home and are outstanding in South Africa as well. I’m really pleased to see them make it count. I think they have justified the faith the selectors had reposed in them. In the last three ODIs, they have taken 21 wickets, which is incredible. I have always had this faith that both of them were wicket-takers and I was very confident about their potential to begin with. I’m sure their confidence will keep going up with every game with the backing they get from the team management. Identifying talent is our duty and how they are nurtured is left to the team management. The team atmosphere is wonderful. There is a captain who sets an example. And when it comes to ODIs, Mahi and others are guiding forces.

Are R. Ashwin and R. Jadeja in the scheme of things for the 2019 World Cup?
It’s too premature to say. We wanted to widen the pool. The next World Cup is still 16 months away. We have given opportunity to youngsters.

The best possible combination will be taken into consideration whenever a big tournament comes along. So when we have enough bench strength in every department then why not have the same in spin department. We have 6-7 good quality pacers and a person who scored a triple-hundred in Test is waiting in the wings.

What’s your take on India’s performance in the South Africa Test series?
Before India left for the series, I said this is the best side that has ever toured South Africa. They have lived up to the expectations and the series could have gone either way. I felt the first two matches were very much in our hands. If we really don’t see the result part of it, I think more or less we won the series, for which I am very happy. There are quite a few things that we have learnt from this series in terms of how to approach an away series.

Bhuvneshwar Kumar bowled brilliantly in the first Test at Cape Town, but he was dropped in the next at Centurion…
There were times when Bhuvi got wickets and the next match he was not playing. If you take the Kolkata Test match, he got the Man of the Match award and the next match he didn’t play. That’s the character this team has got. They know how to come back. They know what their strengths are and the team management picks the best possible combination based on the nature of the track. For the sake of the team, these boys are ready to sacrifice their places. That’s the beauty of this team.

We do communicate with the players. It’s a wonderful atmosphere between the team management, selection committee and the players. I also feel for Karun Nair. This boy scored a triple hundred but he’s not finding a place.  But we keep talking to him regularly and he’s is in our scheme of things all the time.

India coach Ravi Shastri has said that we could have left earlier. In future do you think we should have different teams or coaches for different formats like Australia?
I don’t think so. What works for Australia need not work for us. We are emotional people with emotional bondage. I’m not sure whether that model works for us. I don’t want to comment on that. We have a wonderful unit right now and we need to back it.

Will there be more specialisation for different formats going forward?
We are trying out a few players. We will also take into account the IPL performances. We will give chances to youngsters because that is the format we can try since the World T20 is two years away there is time to build a new squad. Whereas we are closing in on the 50-over World Cup there isn’t much time.

There aren’t many teenagers in Test cricket now. And only seven teenagers from India made their debut since the turn of the millennium. And it’s been a while since India gave debut to a teenager in the longer format (Jaydev Unadkat in 2010)…
The game has evolved so much in the last decade and a half. You need a lot of maturity to meet the demands of Test cricket. It’s definitely not about taking risk; it’s about giving opportunities at the right time. One has to go through the grind of the first-class cricket. The Indian domestic scene is really competitive and it would prepare the youngsters the right way. Those who have been performing consistently have never gone unnoticed.

Given that Mumbai teen Prithvi Shaw has been performing admirably in first-class, would you consider him in the upcoming selection meetings?
We have been tracking his performance with a keen interest. Prithvi is, no doubt, an exciting talent. The way he led the team to the title in the U-19 World Cup is impressive.

He has shown great maturity under Rahul Dravid’s guidance. There are a few other U-19 players who have done really well. It’s good to have a lot in our talent pool. If there is any accommodation needed in the A team we will definitely consider. We have been backing a particular set of players and have been consistent in our selection policy for both the senior team and the A team.