Sports   Cricket  09 Feb 2020  The absence of Rohit had a big impact
Sports, Cricket

The absence of Rohit had a big impact

They were unwilling to accept defeat and played with great purpose to take India so close as to leave the Kiwis nervous. 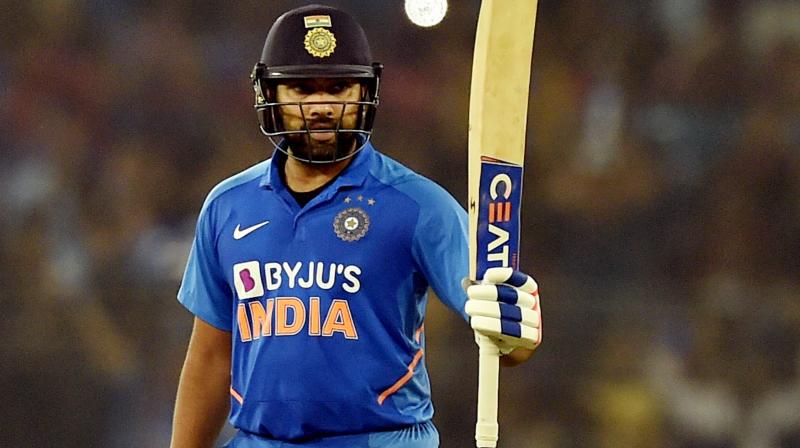 After winning the T20 series 5-0, India were expected to romp home in the ODIs too, but the results in the two games played so far have been disappointing. Virat Kohli and his team squandered splendid opportunities in both matches allowing the Kiwis to clinch the series irrespective of what happens in the third match.

What redeemed India’s reputation to an extent in spite of the defeat in Saturday’s match was the spirit shown Shreyas Iyer, Ravindra Jadeja and Navdeep Saini in daunting circumstances. They were unwilling to accept defeat and played with great purpose to take India so close as to leave the Kiwis nervous.

The target for India was modest. On a decent pitch, 274 should not have been a stiff chase. But too many top order batsmen fell for too few runs. This tilted the match in favour of the home to an almost irreversible degree. At one stage it appeared India might not even get 200. But Iyer, Jadeja and Saini showed great pluck.

Remember, this was the third straight defeat in ODIs against New Zealand, starting from the World Cup semi-final last year. In these defeats, India have failed to chase modest scores, and also allowed New Zealand to overhaul a mammoth score, 347, in the first match of this series.

Obviously the Kiwis are a better side in ODIs than in T20s. But India are ranked higher and in the past couple of years, have won far more matches. The loss in the World Cup semi-final was seen as an unexpected result, and there was opportunity to avenge that defeat in the current series. It didn’t quite pan out that way.

This is not to undermine New Zealand’s grand show. To win after the 0-5 rout in the T20s, and without main batsman and captain Kane Williamson in both matches, shows toughness of character and ambition. In both wins, in fact, the home team wriggled out of tight situations — largely through Ross Taylor — to turn the tables in India.

What went wrong for India? Obviously the absence of Rohit Sharma (particularly) and Shikhar Dhawan had a big impact. Kohli too was not at his productive best, which meant that there was greater responsibility vested in others in the batting top order.

From these Iyer and K L Rahul were outstanding. The former has now become a certainty at no. 4, while the latter’s red hot form makes him the biggest threat to bowlers currently. It is debatable whether batting Rahul at no. 5 was the best option for the team management. In this form, he needed to be given many overs to play as possible.

It wasn’t just the batting order that stymied India’s performance. Agarwal couldn’t get going, and Prithvi Shaw needs to realize that cameos, however, brilliant, will not get him a long career in the national team. He has to convert the blazing starts into innings of consequence.

Questions also crop up about Kedar Jadhav’s usefulness to the side if he is not going to be used for a few overs at least. In both matches, India missed a sixth bowler fill in a few overs. If Jadhav doesn’t bowl, to keep in-form Manish Pandey out becomes highly contentious.

In a relatively high scoring series, bowlers were whacked around for quite a few runs. But things haven’t rolled kindly for Kuldeep Yadav who seemed to not hold any mystery for the batsmen, and was also expensive. Also, Bumrah not taking a single wicket and conceding a fair number of runs was a setback.

ODIs may not be as significant this year as T20s and Tests (World Championship finalists should be decided by December) as Kohli highlighted after the match. But this is small consolation for a team that claims it wants to win everything.

More pertinently, adverse results in one format can have an impact on another.

The two-Test series against New Zealand begins in less than a fortnight, and the psychological advantage India had gained after the T20 series has been nullified. In fact, the Kiwis might just be a tad ahead in the Tests given their record at home. India need to regroup. And fast.