50 shades of grey drama in one thrilling Test match

Virat Kohli going ballistic over this Smith transgression may have been an excessive reaction. 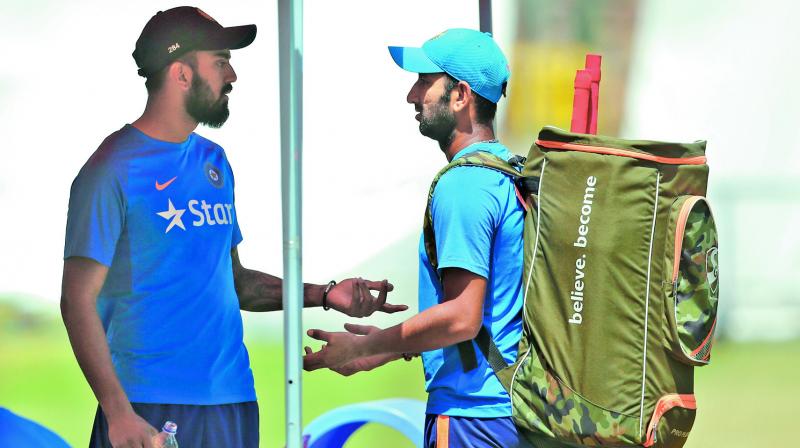 It was a thriller of a Test match containing all the shades of drama that have come to be associated with the game’s longest format. There were sterling performances on a surface which once again was not strictly upto international standards. In this great ‘Test’ of character it was Team India which emerged the strongest, coming back into the game after a poor first innings and getting past a not insubstantial Australian lead to turn the tables.

The virtually neurotic dislike the Aussies harbour about fourth innings targets may have helped the Indian cause somewhat. But the very fact that they were able to set an awkward target after being reduced to four down when very little ahead was testament to the tenacity with which they came back through Cheteshwar Pujara and Ajinkya Rahane and the ferocity with which they made the target an impossible dream for the Aussies.

This was team work at its best. Ravi Ashwin may have revealed the extent of it when he said at the post match interview that the team strategy had been to bowl everyone in short spells so as to keep them fresh and energised and present different lines of attack to the opposition. This showed there was no individual hunt for glory although Ashwin himself went on to play the lead role by picking up yet another five-fer and beyond in nailing the Aussies.

The extent of the intelligence of his operation after none too impressive first innings was apparent in the number of top spinners he bowled on a wearing pitch, just the kind of straight deliveries that were certain to cause mayhem with as O’Keefe did in the first Test. Bowling straight on a turning pitch is not as simple a task as may seem from outside. To master it by using the top spinner was proof of a thinking bowler who has now set several records spinning and is headed for the stratosphere in terms of Test wickets.

The story cannot but begin with KL Rahul’s sterling efforts in both innings, which were recognised as significant through the match award in a bowlers’ game. If the rest of the batting was not up to scratch it was a mere continuation of the first Test in which also the Indian batsmen did not show much equanimity in tackling spin. What made the conditions even more difficult for batsmen was the fact that the pace bowlers came through at varying heights, sometimes shockingly in grubbers gripping the ground.

Steve Smith was the palpable lbw victim to one of those shooters that would have hit the centre of middle stump, that too at the bottom. His reaction to being caught like a deer in the face of headlights at the dead of night in a game park was to suffer a ‘brain fade’, as the Aussies were to describe it. Poor guy, he may have felt like calling the team’s mental coach at that moment rather than behave in a manner that was not quite cricket. What Smith did was against the rules and ethics of the game.

Virat Kohli going ballistic over this Smith transgression may have been an excessive reaction. But, mind you, the holier-than-thou Aussies would have reacted in exactly the same way had some subcontinental behaved like this.  The term ‘cheat’ would have been bandied about, as it has on several occasions when catches were claimed close to the ground and players are roasted just for appealing for a positive verdict in their favour. Cricketers do tend to get brain fades whenever they think they have managed to catch the ball in such situations, but they have been called ‘cheats’ freely for this breach of ethics on several occasions.

To make the point further, the match referee did not think it fit to get into the argument over ethics by sanctioning Smith. But he should have because the Aussie captain breached the rules in seeking outside guidance in a DRS situation, which is forbidden. Surely, he should have been fined for the fact that he was in breach of regulations too, not only ethics. But then we are rather accustomed to this pattern of Aussies, the inventors of ‘sledging’, being considered true sportsmen and never questioned when they get vocal or demonstrative or even slip up in ethicality. If an Asian player flies off the handle, much as Kohli did in his demonstrativeness in directly taking on Smith in verbals in the DRS situation, it is far more likely to be the object of match referee ire. Such is the subtle colour complex in cricket.