'The plan was to block Warner's runs by bowling a tight line': Ankit Rajpoot

The home team bowlers had restricted Sunrisers to a modest total of 150 for four. 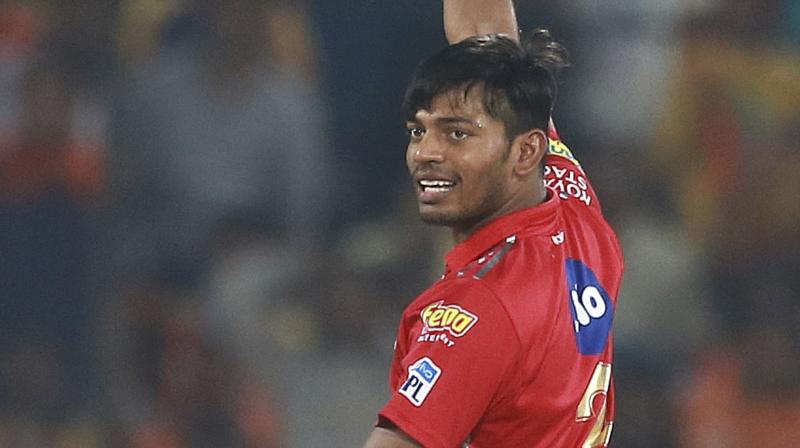 Mohali: Kings XI Punjab seamer Ankit Rajpoot says the plan was to bowl a tight line and not give any room to the dangerous opening duo of David Warner and Jonny Bairstow in their IPL match against Sunrisers Hyderabad.

. For Sunrisers, opener Warner remained unbeaten on 70 off 62 balls, even as the team's medium pacer Sandeep Sharma said the early moisture and heavy dew later on did not help their cause.

Chasing, K L Rahul and Mayank Agarwal struck fluent half-centuries to guide KXIP to an easy win, their fourth from six matches and third in a row at home.

Even though Rajpoot remained wicket-less, giving away 21 runs in the four overs he bowled, his tight line helped KXIP restrict the run flow.

About Warner, he said, "The plan was to block his runs by bowling a tight line. I did not give him opportunity to play to his strength."

Rajpoot, who was playing only his second game this season, said the wicket was a bit helpful with some swing.

"As my ball swings, I was given the responsibility to exploit the conditions. In other matches, we had flat or slow-turner wicket, so it was not that helpful. Here the wicket was green and I was given opportunity," Rajpoot said at the post-match press conference.

Playing in only his second match, Rajpoot said that he was not fitting in the team combination earlier.

"The combination was not there. However, in this match the combination worked as we played Mujeeb and an Indian bowler had to fit in, therefore, I played. But there was no pressure as I was ready to play every match, I had the support of my captain and coaches," he said.