Warner dragged his bat inside the safe zone to ensure that he does not become Ashwin's 'Mankad' victim. 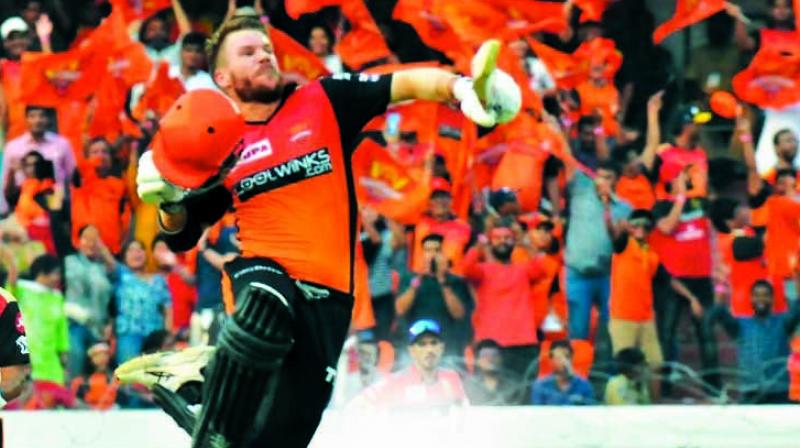 Warner was seen taking precaution by staying inside the crease during Ashwin's over. (Photo: P. Surendra)

Mohali:  Sunrisers Hyderabad's David Warner was extra cautious while Ravichandran Ashwin operated in the IPL Monday night, deliberately dragging his bat inside the safe zone to avoid becoming a victim of 'Mankading'.

The incident happened during the IPL match between Sunrisers Hyderabad and Kings XI Punjab here.

Warner was seen taking precaution by staying inside the crease during Ashwin's over.

Warner, who was at the non-striker's end, kept dragging his bat inside the safe zone to ensure that he does not become Ashwin's 'Mankad' victim.

The Australian's antics was quickly picked up by the cameras and replayed on the big screen.

The clip of the incident was later uploaded by the official IPL website -- iplt20.com.

WATCH: No, Warner doesn't want to get 'Mankaded'

Earlier in the tournament, off-spinner Ashwin had dismissed Rajasthan Royals' Jos Buttler without giving him a prior warning and that had attracted a lot of criticism from across the cricket fraternity.

As per the rules, a bowler is within his right to dismiss a batsman who leaves the crease before the ball is being released. But the practice has been generally deemed as against the "spirit of the game."