'We need more than match-winners in English conditions to win the World Cup': Lara 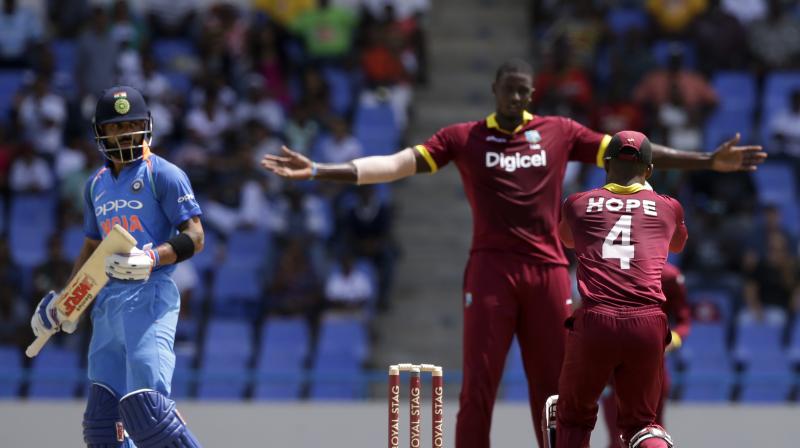 The last bilateral series win for West Indies, who are ranked ninth in one-day internationals, came in 2014 but they showed signs of improvement against England. (Photo: AP)

Mumbai: West Indies are replete with match-winners but consistency will be key to their success in English conditions at this year’s World Cup, batting great Brian Lara has said.

Teeming with tearaway fast bowlers and aggressive batsmen, West Indies were once considered invincible and won the opening two editions of the World Cup in 1975 and 1979.

Their glory days, however, are long over and the twice winners had to go through a qualifying tournament to book their spot in the 10-team tournament in England and Wales.

The last bilateral series win for West Indies, who are ranked ninth in one-day internationals, came in 2014 but they showed signs of improvement against England.

Jason Holder’s men drew a five-match ODI series against top-ranked England 2-2 at home recently, in a timely boost before the May 30-July 14 showpiece event.

The likes of opening batsman Chris Gayle, all-rounder Andre Russell and spinner Sunil Narine are also much in demand in Twenty20 leagues across the globe.

“Look at the Indian Premier League, look at the leagues around the world, we have got players that are the most wanted in the world,” Lara, 49, told reporters in Mumbai at a promotional event last week.

“We have got match-winners, but we are going to need a little more than match-winners in English conditions to win the World Cup. We need a team that can create consistency.

“If we can get to the knock-out stages, we can knock out any team. We have seen that in the past. But consistency is going to take us right through to the finals.”

Former West Indies captain Lara, considered one of the very best the Caribbean islands have ever produced, retired after the 2007 World Cup at home with over 10,000 runs in ODIs. He also scored close to 12,000 runs in tests.

Lara credited franchise leagues like the IPL for creating interest among kids in the West Indies and giving young players a platform to showcase their talent before they graduate to international cricket.

West Indies suffered 2-0 losses both in India and Bangladesh late last year but staged a spectacular turnaround in a 2-1 series win against England earlier this year.

The test success augurs well for the side, who are now graduating to a level where they can be competitive against top sides at least at home, said Lara.

“We had a tremendous series against England. We are laying the foundation, the confidence is there,” Lara added.

“India may have to worry when they come there in July to play against the West Indies because they have a team now that understand the conditions, spirits are high, let’s see what we can do against India.

“But, four months ago in October-November we were terrible. So, I’m happy that we have made that little progress in our cricket.”