Sports   Cricket  09 Apr 2020  Spending the day with a song and dance
Sports, Cricket

Spending the day with a song and dance 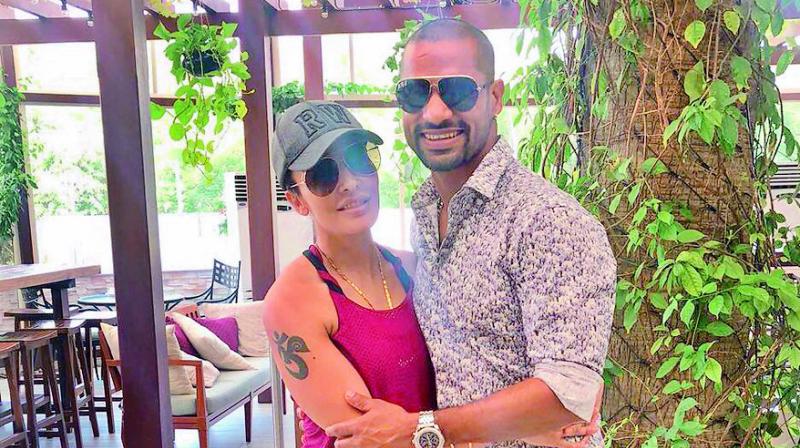 Team India knows how to keep their fans entertained even through the lockdown. After Ravindra Jadeja’s horse-riding and Mayank Agarwal’s cooking videos, its Team India’s opening batsman Shikhar Dhawan, one of the most active Indian cricketers on social media in recent times, who has now put up a post that’s set to make his fans and followers smile.

In the short video, Dhawan and his wife Ayesha, now under lockdown at their home in Gurgaon, are seen playing table tennis; only difference is they are playing the game to the beats of the long popular song Dhal gaya din... Ho gayi shaam... Jaane do... Jaana hai from the 1970-movie Humjoli.

The hit film starred the then-popular Jeetendra and Leena Chandavarkar in lead roles. The song was pictured on the duo playing badminton, with each of them rather adorably hitting the shuttle with their racquets precisely to the beats of the song.

In his video, Dhawan and Ayesha are also seen trying to pull-off similar moves. While Ayesha is dressed in a tight-fit churidar that was all the rage in the ’70s, with her red dupatta tied around her head, Dhawan is in an all-in-all white getup, with white t-shirt, trousers and shoes, mimicking Jeetendra’s popular getup back in the day. And the duo has put no stops on the facial expressions and hand gestures as they croon to the music while having a go at the game.

The video has yet garnered close to 20 lakh Likes and over 2,000 comments.

Dhawan didn’t respond to our calls, but we did get through to his childhood coach Madan Sharma. “He (Shikhar) is a good singer and dancer,” Madan says.

Dhawan had met his beautiful wife Ayesha through Harbhajan Singh. Rumour has it that Harbhajan shared Ayesha’s pictures with Dhawan and the latter fell for her at just the first glance. Thereafter, we are told Dhawan sent her a friend request, which Ayesha soon accepted too.

Ayesha Dhawan, born Ayesha Mukherjee, belongs to an Anglo-Indian family. Her mother is British, while her father is a Bengali. She also had two daughters from her previous marriage (when she was living in Australia) named Rhea and Aliya.

Dhawan had previously expressed how fortunate he was to have the kids from her earlier marriage accept and love him.

“Today, the way they love me, I feel so fortunate,” he had said when asked if he faced any challenges in getting along with Rhea and Aliya.