England will next meet West Indies on June 14 at the Rose Bowl, Southampton. 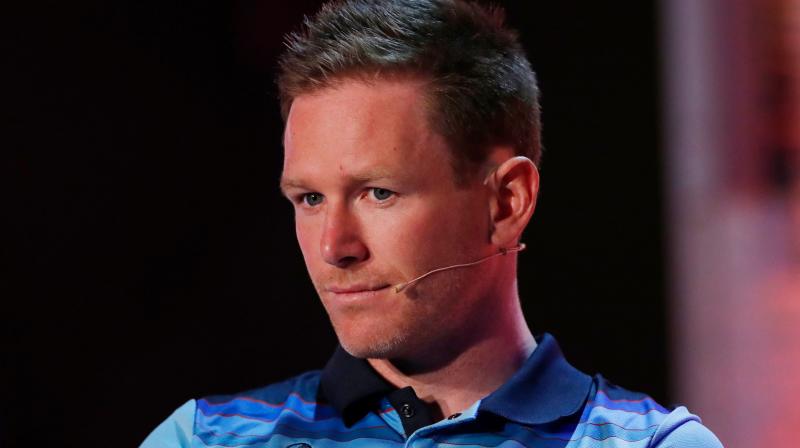 Morgan further said that Roy has matured from a county cricketer to a complete international cricketer. (Photo: AFP)

Cardiff: England captain Eoin Morgan was all praise for his teammate Jason Roy after the latter scored a match-winning century against Bangladesh in their ICC Men's Cricket World Cup clash.

Roy smashed 153 runs off 121 balls which not only set the tone of the innings but also helped England post a massive total of 386/6, which became the hosts' highest ever total in the history of the tournament and a record score at Sophia Gardens on Saturday.

"To be honest, it's a luxury (having Roy in the team) people in the general... talk about scoring hundreds. He's an exception to the rule that just goes on and gets big scores, and it can range from 140 or 180, and the rate he gets it at, just he's so difficult to defend. He scores all the way around the ground," ICC quoted Morgan, as saying.

Morgan further said that Roy has matured from a county cricketer to a complete international cricketer.

"He (Roy) takes really good bowlers down, as well. He hits good balls for boundaries. So, he's great to have on the side, particularly when he's in this form.

If you look at the guy as he's matured from a county cricketer into the full-blown international cricketer he is now, the temperament he shows at different stages of his innings and how he goes about picking off his boundaries and the areas in which he scores; I think from the start of his international cricket to right now, I think there's a considerable difference," he added.

Roy, along with opener Jonny Bairstow, stitched a solid 128-run partnership after England were put in bat first. The right-hander combined 77 runs with Joe Root before forming a brief 30-run stand with Jos Buttler.

"Today that opening stand really did lay a solid platform. I don't think it was that easy up front. I don't think the ball came on to bat a lot. The first four or five overs proved that; we didn't really go anywhere.

We were trying to score runs, but we didn't go anywhere. I thought Jason and Jonny were outstanding. They assessed conditions well. They waited for the bad ball. Waited for themselves to impose themselves in the innings, and 128 is a considerable standard," the England skipper said.

England has one concern - fitness of Buttler - going forward in the 50-over tournament. The wicket-keeper batsman did not come out to the field after sustaining tightness in his right hip. Morgan, however, said that there is no serious concern.

"There's no serious concern at the moment. He's obviously going to be monitored over the next 48 hours, but at the moment, it was more precautionary rather than unable to do his job," he said.

England will next meet West Indies on June 14 at the Rose Bowl, Southampton.