We just need one good match to turn WC campaign around: Naib

In The two matches in which Afghanistan batted first, they were bowled out in 38.2 and 41.1 overs. 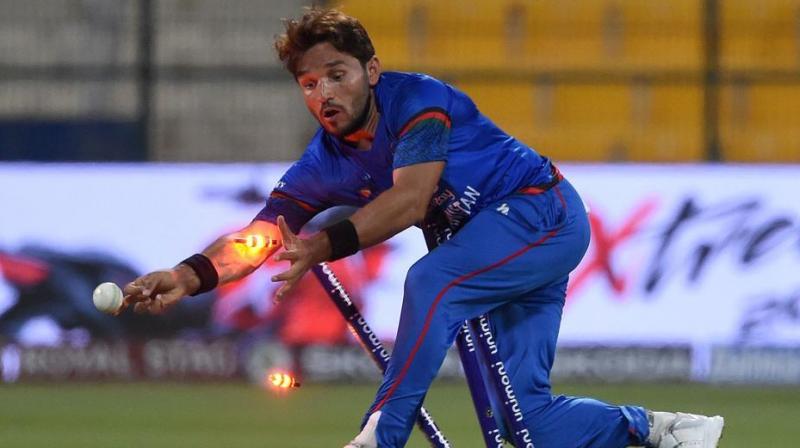 "Every player is trying to do his best but it's tough cricket, tough teams", said Naib (Photo: AFP)

The team from the strife-torn nation has lost three matches in a row but Naib says those were not one-sided matches.

Afghanistan, who lost their first two matches against Australia and Sri Lanka, collapsed to 172 against the Black Caps on Saturday despite openers Noor Ali Zadran and Hazratullah Zazai setting an ideal platform with a 66-run opening stand.

"If you're losing matches, it can be difficult in the dressing room but I know my team-mates - we're not losing one-sided matches. We just need one good match," Naib was quoted as saying by the ICC website.

"I know how my boys are playing - we've played some good cricket over the last year, so we'll try our best again," he added

In the two matches in which Afghanistan batted first, they were bowled out in 38.2 and 41.1 overs, while they failed to chase down 187 against Sri Lanka.

However, Naib put up a brave face.

"Teams don't go easy for Afghanistan. It's very hard. When we did well at the start of the innings, we then collapsed in the middle. Aftab Alam and Hamid Hassan did well.

"We have played three games and we're trying to put our best on the ground. Every player is trying to do his best but it's tough cricket, tough teams. You don't get many chances.

"Morale is still high for us. We just need one good match and hopefully we can do that," Naib said.

Against New Zealand, nine of the 10 wickets were out caught - often to careless shots - and Naib knows his team must be more disciplined with the bat and play full 50 overs.

"Our shot selection wasn't good. The wicket was really good for the seamers and there were some rain showers, so the ball was kicking. But we threw away some wickets with some bad shots. If we played our 50 overs, maybe the score would have been better," he rued.